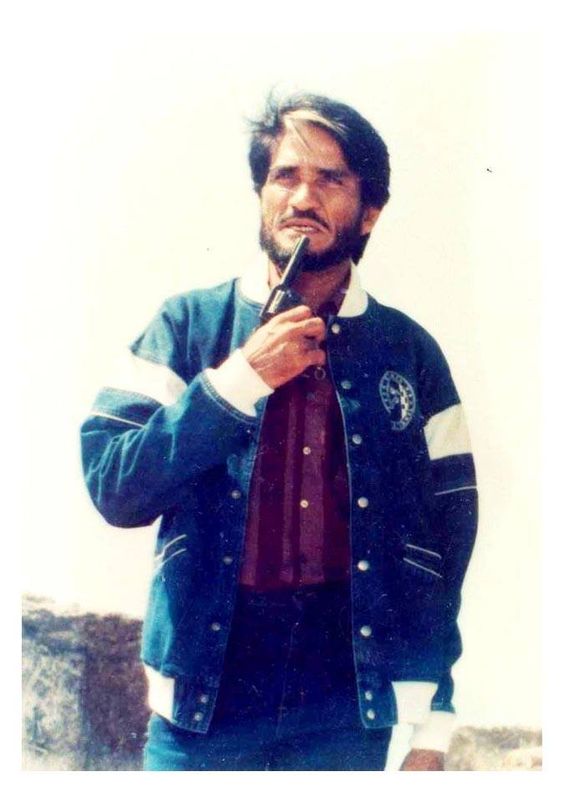 Makijany Mohan  popularly known as Mac Mohan, was a well-known character actor in Hindi language films. Although, Mac Mohan acted in 218 films and remained popular as a rather sympathetic villain through the 1970s and 1980s with films like Don, Karz, Satte Pe Satta, Zanjeer, Rafoo Chakkar, Shaan and Khoon Pasina, he is mostly remembered for his role of Sambha, the sidekick of dacoit Gabbar Singh in Ramesh Sippy’s blockbuster Sholay (1975).Mohan was born in Karachi (24 April 1938) in British India. Mohan came to Mumbai to become a cricketer, but joined theatre and became a Bollywood actor. He learned acting in the Filmalaya School of Acting in Mumbai.Mac Mohan started his Hindi film career as an assistant with director Chetan Anand, before making his debut as an actor in his film, Haqeeqat in 1964. His last appearance was in Atithi Tum Kab Jaoge as guest appearance.Besides Hindi movies, he also acted in Punjabi, Bhojpuri, Haryanvi, Sindhi, Gujarati and Marathi He had delivered dialogue in almost all Indian languages except Oriya. as well as in English, Russian and Spanish films.He is the only actor where his real name Mac was used as his character name in many movies.In November 2009, a day before he could start the shooting for Ashwini Dheer’s Atithi Tum Kab Jaoge?, he was admitted to the Kokilaben Dhirubhai Ambani Hospital in Andheri in Mumbai after his health detoriated. He had a tumour in the right lung, and died of lung cancer on 10 May 2010.