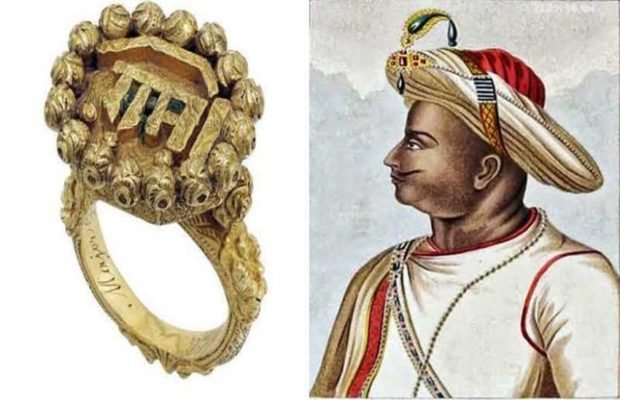 Swapnil Sansar,Tipu Sultan (20 November 1750 – 4 May 1799), also known as the Tiger of Mysore and Tippoo Sahib, was a ruler of the Kingdom of Mysore and a scholar, soldier and poet. Tipu was the eldest son of Sultan Hyder Ali of Mysore and his wife Fatima Fakhr-un-Nisa. Tipu introduced a number of administrative innovations during his rule, including the introduction of a new coinage, a new Mauludi lunisolar calendar, and a new land revenue system, initiating the growth of Mysore silk industry. Tipu expanded the iron-cased Mysorean rockets which he deployed in his resistance against military advances of the British.
In alliance with the French in their struggle with the British, and in Mysore’s struggles with other surrounding powers, both Tipu and his father used their French trained army against the Marathas, Sira and rulers of Malabar, Coorg, Bednore, Carnatic and Travancore. During Tipu’s childhood, his father rose to take power in Mysore, and upon his father’s death in 1782, Tipu succeeded to a large kingdom bordered by the Krishna River in the north, the Eastern Ghats in the east and the Arabian Sea in the west.He won important victories against the British in the Second Anglo-Mysore War, and negotiated the 1784 Treaty of Mangalore with them after his father Hyder Ali died from cancer in December 1782 during the second Mysore war.
Tipu engaged in expansionist attacks against his neighbours. His treatment of his conquered non-Muslim subjects and British prisoners of war is controversial. He remained an implacable enemy of the British East India Company, bringing them into renewed conflict with his attack on British-allied Travancore in 1789. In the Third Anglo-Mysore War, Tipu was forced into a humiliating treaty, losing a number of previously conquered territories, including Malabar and Mangalore. He sent embassies to foreign states, including the Ottoman Empire, Afghanistan and France, in an attempt to rally opposition to the British. In the Fourth Anglo-Mysore War, the combined forces of the British East India Company and the Nizam of Hyderabad defeated Tipu and he was killed on 4 May 1799, while defending his fort of Srirangapatna.
He allied with the French East India Company, while trying to gain support from Napoleon and Ottoman Turkey. The Karnataka Government has been lately trying to portray Tipu Sultan as a State Hero. But outside the old region of Mysore, in the regions of South Canara, Coorg and Malabar Tipu is accused of religious bigotry. He is seen as a hero in Pakistan as well. There were three ships in the fleet of Pakistan Navy named after Tipu Sultan and hence called PNS Tippu Sultan