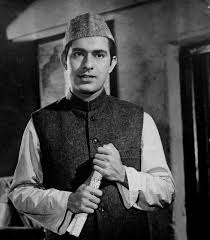 Agency.Talat Mahmood was a popular playback singer and film actor. A recipient of the Padma Bhushan in 1992, he had a unique style of singing. He was famous for singing ghazals.
Talat Mahmood was born in Lucknow,on 24 February, 1924,to Manzoor Mahmood. Talat showed his musical leanings from a very young age and would enjoy sitting through all-night music soirees listening patiently to some of the biggest names in classical Indian music then.
Coming from a conservative Muslim background, singing was not encouraged. Talat had to choose between working in films and staying at home. Despite his parental objection he opted for the former, though his family accepted the fact only about a decade later when he gained respect in the industry.He died on May 9, 1998 in Bombay.