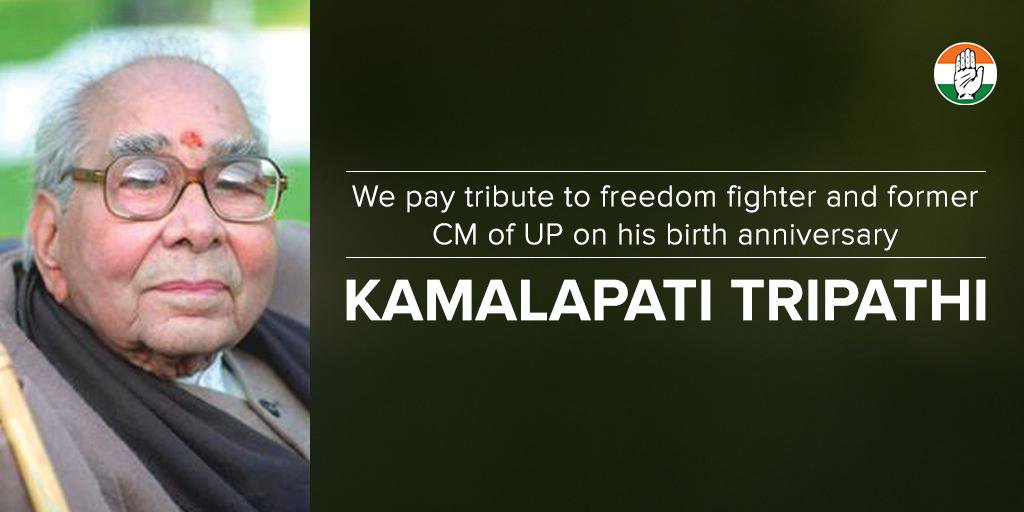 #KamlapatiTripathi (3 September, 1905 –  8 October 1990)  the writer, journalist, editor and freedom fighter was a senior Indian National Congress leader from Varanasi. He served as Chief Minister of Uttar Pradesh as well as the Union Minister for Railways. His father’s name was Pandit Narayan Pati Tripathi. He started his career as a journalist working for the daily Hindi newspaper Aaj and later Sansaar. He was also the editor of the two tabloids. He was married at the age of 19 and had 5 children. During 1921, Kamalapati Tripathi participated in Non-cooperation Movement. He was also an active participant in the Civil Disobedience Movement, for which he was jailed. In 1942 he was on his way to Mumbai to participate in the Quit India Movement when he was arrested and jailed for 3 years.