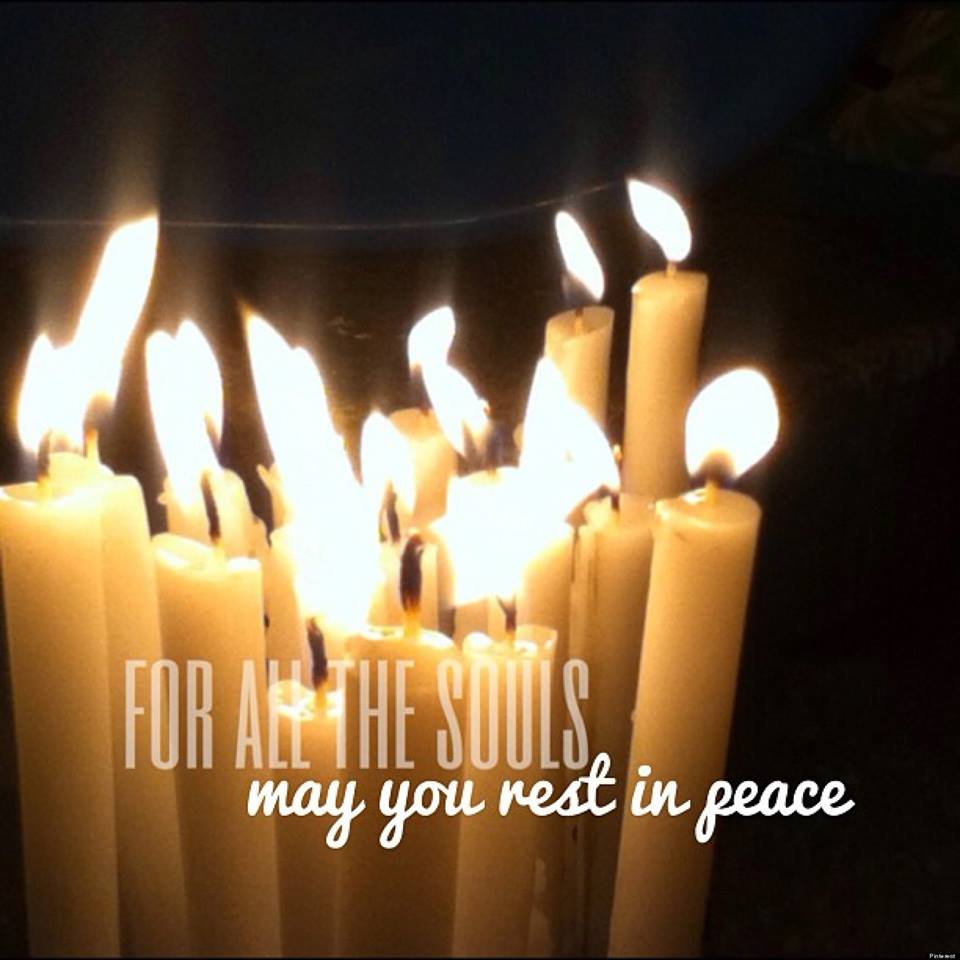 All Souls’ Day is observed principally in the Catholic Church, although some churches of Anglican Communion and the Old Catholic Churches also celebrate it. The Eastern Orthodox Church observes several All Souls’ Days during the year. The Roman Catholic celebration is associated with the doctrine that the souls of the faithful who at death have not been cleansed from the temporal punishment due to venial sins and from attachment to mortal sins cannot immediately attain the beatific vision in heaven, and that they may be helped to do so by prayer and by the sacrifice of the Mass.In other words, when they died, they had not yet attained full sanctification and moral perfection, a requirement for entrance into Heaven. This sanctification is carried out posthumously in Purgatory.
The official name of the celebration in the Roman Rite liturgy of the Roman Catholic Church is “The Commemoration of All the Faithful Departed”. Another popular name in English is Feast of All Souls. In some other languages the celebration, not necessarily on the same date, is known as Day of the Dead.
The Western celebration of All Souls’ Day is on 2 November and follows All Saints’ Day. In the ordinary form of the Roman Rite, if 2 November falls on a Sunday, the Mass is of All Souls, but the Liturgy of the Hours is that of the Sunday, though Lauds and Vespers for the Dead in which the people participate may be said. In the extraordinary form of the Roman Rite and in the Anglican Communion, All Souls Day is instead transferred, whenever 2 November falls on a Sunday, to the next day, 3 November.
The Eastern Orthodox Church dedicates several days throughout the year to the dead, mostly on Saturdays, because of Jesus’ resting in the Holy Sepulchre on that day. In the Methodist Church, saints refer to all Christians and therefore, on All Saint’s Day, the Church Universal, as well as the deceased members of a local congregation are honoured and remembered.
The feast of All Saints achieved great prominence in the ninth century, in the reign of the Byzantine Emperor, Leo VI “the Wise” (886–911). His wife, Empress Theophano—commemorated on 16 December—lived a devout life. After her death in 893,her husband built a church, intending to dedicate it to her. When he was forbidden to do so, he decided to dedicate it to “All Saints”, so that if his wife were in fact one of the righteous, she would also be honored whenever the feast was celebrated. According to tradition, it was Leo who expanded the feast from a commemoration of All Martyrs to a general commemoration of All Saints, whether martyrs or not.
This Sunday marks the close of the Paschal season. To the normal Sunday services are added special scriptural readings and hymns to all the saints (known and unknown) from the Pentecostarion.
In the late spring, the Sunday following Pentecost Sunday (50 days after Easter) is set aside as a commemoration of all locally venerated saints, such as “All Saints of America”, “All Saints of Mount Athos”, etc. The third Sunday after Pentecost may be observed for even more localized saints, such as “All Saints of St. Petersburg”, or for saints of a particular type, such as New Martyrs of the Turkish Yoke. In addition to the Sundays mentioned above, Saturdays throughout the year are days for general commemoration of all saints, and special hymns to all saints are chanted from the Octoechos.