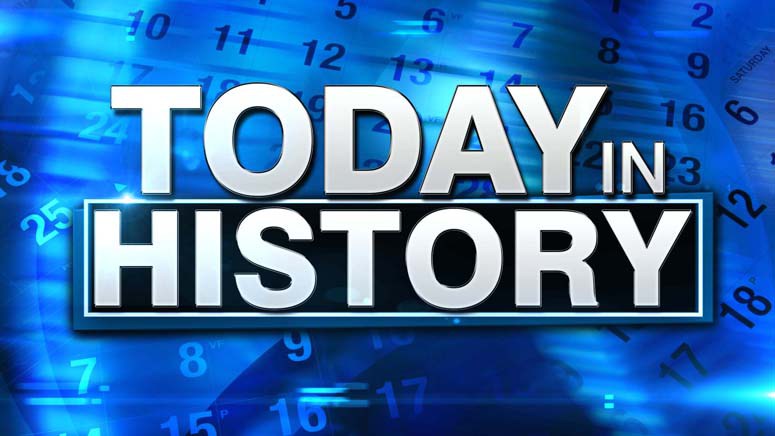 Posted By: Sansar Swapnilon: February 12, 2017In: On This DayNo Comments
Print Email

Dayanand Saraswati ,Maharshi Dayānand Sarasvatī) (12 February 1824 – 30 October 1883)was an important religious leader of his time. He is well known as the founder of the Arya Samaj, a Hindu reform movement of the Vedic tradition. He was a profound scholar of the Vedic lore and Sanskrit language. He was the first to give the call for Swarajya as “India for Indians” – in 1876, later taken up by Lokmanya Tilak. Denouncing the idolatry and ritualistic worship prevalent in Hinduism at the time, he worked towards reviving Vedic ideologies. Subsequently the philosopher and President of India, S. Radhakrishnan, called him one of the “makers of Modern India,” as did Sri Aurobindo.
Those who were influenced by and followed Dayananda included Madam Cama, Pandit Guru Dutt Vidyarthi,Vinayak Damodar Savarkar, Lala Hardayal, Madan Lal Dhingra, Ram Prasad Bismil, Bhagat Singh, Mahadev Govind Ranade Swami Shraddhanand, Mahatma Hansraj, Lala Lajpat Rai and others. One of his most influential works is the book Satyarth Prakash, which contributed to the Indian independence movement. He was a sanyasi (ascetic) from boyhood, and a scholar, who believed in the infallible authority of the Vedas.
Maharshi Dayananda advocated the doctrine of Karma (Karmasiddhanta in Hinduism) and Reincarnation (Punarjanma in Hinduism). He emphasized the Vedic ideals of brahmacharya (celibacy) and devotion to God. The Theosophical Society and the Arya Samaj were united from 1878 to 1882, becoming the Theosophical Society of the Arya Samaj. Among Maharshi Dayananda’s contributions are his promoting of the equal rights for women, such as the right to education and reading of Indian scriptures, and his intuitive commentary on the Vedas from Vedic Sanskrit in Sanskrit as well as Hindi so that the common man might be able to read them. Dayanand was the first to give the word of Swadeshi long before Mahatma Gandhi.

Amba Prasad, (1858– 12 February 1919) also known as Sufi Amba Prasad, was an nationalist and pan-Islamist leader notable for his involvement in the agrarian unrest in Punjab in 1900s and subsequently in the Revolutionary movement for Indian independence. Prasad was born in 1858 in the north Indian city of Moradabad, then in the United Provinces (now in Uttar Pradesh). Prasad was born without his right hand. He later worked as a journalist in Moradabad when he became involved in the emerging nationalist movement. He was at this time the editor of the Peshwa. His editorials were noted for sarcastic and unsparing criticisms of the Punjab government policies. He was incarcerated twice in 1897.
In 1900, Prasad became involved in the agrarian movement that was emerging in Punjab in response to the much criticised Bari Doab Canal act and the Colonization act.His associates at the time included Sardar Ajit Singh (uncle of Bhagat Singh), Mahasha Ghaseeta Ram, Kartar Singh and Lala Lajpat Rai. In 1906, Prasad was one of the key founding members of the Bharat Mata Society. A crackdown later forced him to flee India for Nepal in 1907, where he was granted asylum by Deva Shamsher Jang Bahadur Rana. Prasad later fled India for Persia.
Around the 1910s, Indian nationalists groups, especially pan-Islamic ones, were growing in Turkey and Persia under the leadership of Sardar Ajit Singh and Sufi Amba Prasad who began their work there around 1909.The recruits to these groups included young radicals of the likes of Rhishikesh Letha, Zia-ul-Haq, and Thakur Das. By 1910, the activities of these groups and their publication, the Hayat, had come under the observation of British intelligence, while .However, Ajit Singh’s departure in 1911 brought the Indian revolutionary activities to a grinding halt, while British representations to Persia successfully curbed whatever activity that remained in the country.
However, as World War I began, Prasad again became involved in the Indian revolutionary conspiracy. He was at this time associated with Indian revolutionaries of the likes of Har Dayal and Mahendra Pratap. Sufi worked with the revolutionaries of the Berlin Committee in Mesopotamia and Middle East, attempting to spread propaganda among Indian troops of the Indian expeditionary force. His attempts were directed at organising Indian troops into a nationalist force incursions from the western border of India from Persia, through Baluchistan, to Punjab. Amba Prasad was joined during the war by Kedar Nath Sondhi, Rishikesh Letha and Amin Chaudhry. These Indian troops were involved in the capture of the frontier city of Karman and the detention of the British consul there, and also successfully harassed Percy Sykes’ Persian campaign against the Baluchi and Persian tribal chiefs who were aided by the Germans.The Aga Khan’s brother was killed while fighting the rebels.
The rebels also successfully harassed British Forces in Sistan in Afghanistan, confining them to Karamshir in Baluchistan, and later moving towards Karachi. Some reports indicate they took control of the coastal towns of Gawador and Dawar. The Baluchi chief of Bampur, having declared his independence from British rule, also joined the Ghadarites. It was not before the war in Europe turned for the worse for Turkey and Baghdad was captured by the British forces that the Ghadarite forces, their supply lines starved, were finally dislodged. They retreated to regroup at Shiraz, where they were finally defeated after a bitter fight during the siege of Shiraz. Amba Prasad Sufi was killed in this battle, but the Ghadarites carried on guerrilla warfare along with Iranian partisans until 1919.The works of Amba Prasad had a significant impact on Bhagat Singh.