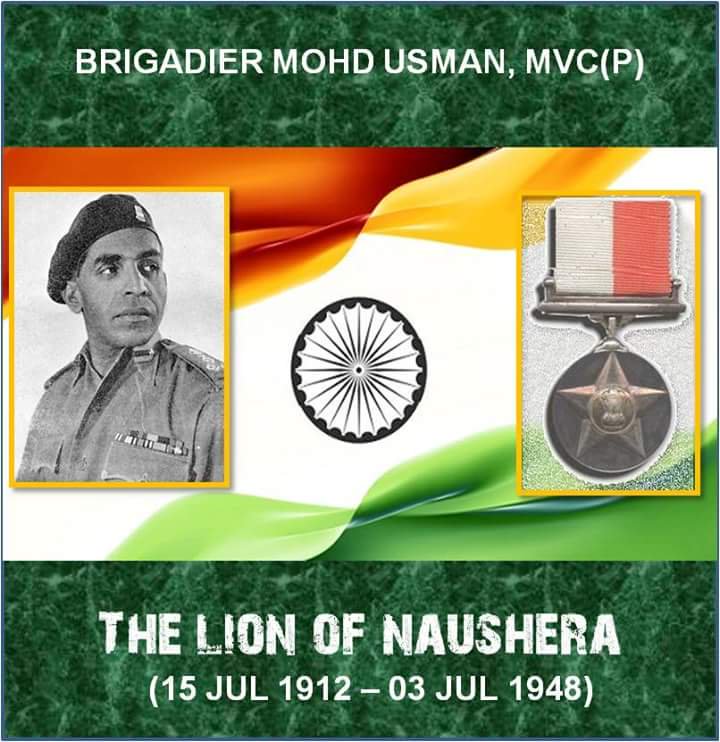 Brigadier Mohammad Usman was the highest ranking officer of Indian Army killed in the Indo-Pakistani War of 1947, who as a became a “symbol of” India’s “inclusive secularism”. At the time of partition of India he with many other officers declined to move to the Pakistan Army and continued to serve the Indian Army. He died in July 1948 while fighting the raiders in Jammu and Kashmir.