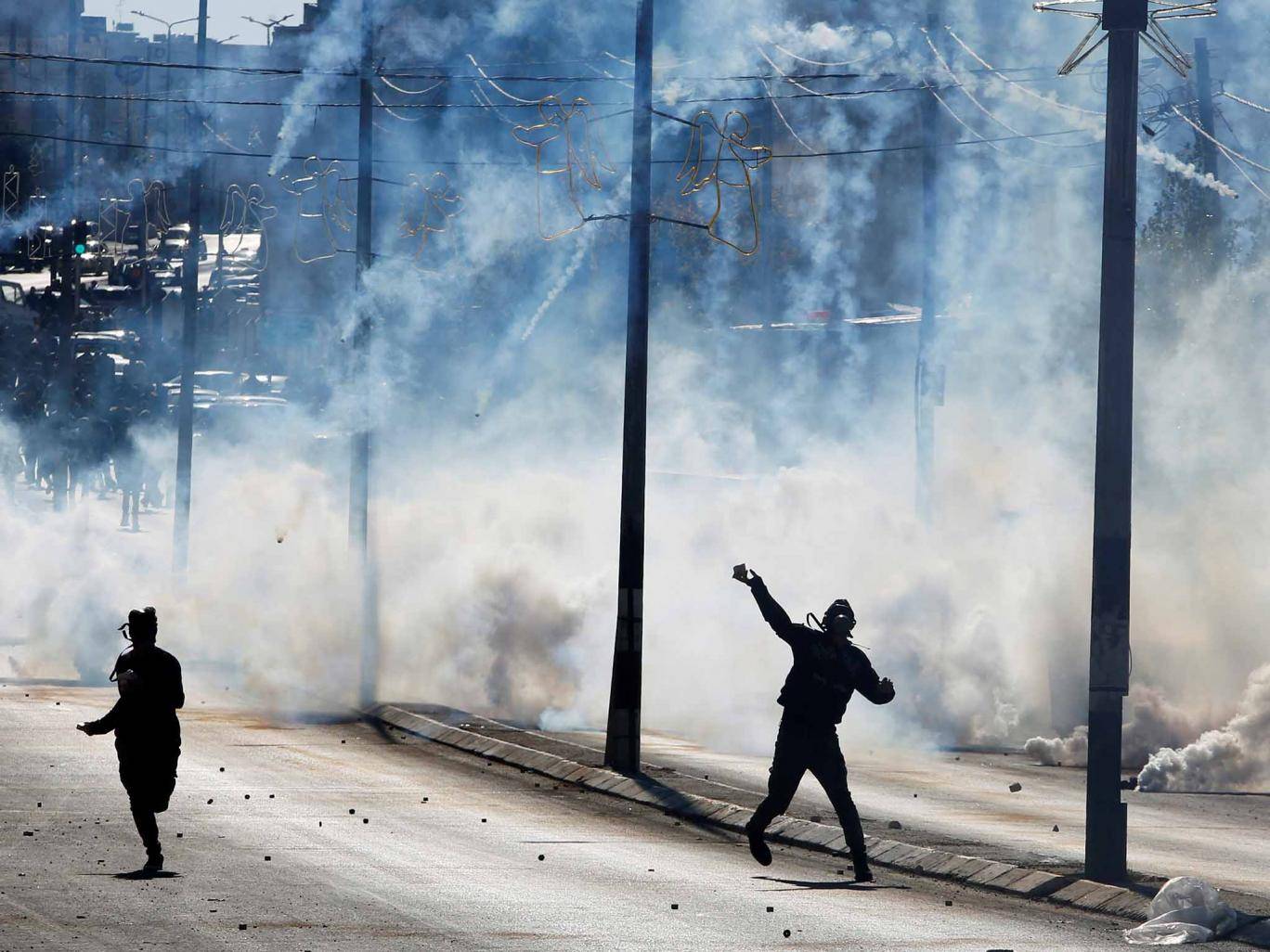 Violence between Palestinians and Israeli armed forces in Bethlehem

Swapnil Sansar. Agency.
All eyes were on Jerusalem’s Old City for anticipated protests on Friday in the wake of President Donald Trump’s decision to recognise the city as the capital of Israel. Israelis and Palestinians alike braced themselves for a day of rage called for by various Palestinian political groups to protest the US’ move.
On Friday morning the city’s streets were quiet but hundreds of extra police patrolled the city centre in anticipation of protests after midday prayers.

And as people poured out of mosques in the West Bank for peaceful planned marches, hundreds of Palestinians clashed with Israeli security forces in the West Bank cities of Hebron, Bethlehem and Ramallah. Clashes erupted in the occupied West Bank and over the Israeli-Gaza border, where one Palestinian was killed.

Tensions are high in the wake of President Trump’s announcement. His policy shift was hailed by Israel but condemned across the Arab and Islamic world. The UN’s Middle East envoy warned of a risk the conflict would escalate.