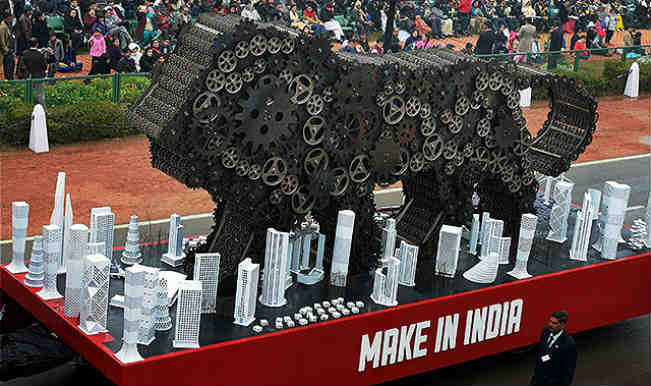 Our honoured Chief Guests are Heads of State/Government from the Association of Southeast Asian Nations (ASEAN). It clearly signifies our strengthening relations with the ASEAN and ASEAN nations. Keeping in sync with our ‘Act East Policy’.

Rajpath will come alive tomorrow morning where the nation showcases her military might and traditions coupled with the latest initiatives and achievements along with her rich diverse social and cultural heritage. Another feather in tomorrow’s pageant will be two tableaux showcasing our historical, civilizational, educational, religious and cultural linkages with the ASEAN nations.

The parade ceremony will commence at the Amar Jawan Jyoti at India Gate where the Prime Minister Shri Narendra Modi will lead the nation in paying homage to the martyrs by laying a wreath. An eternal flame burns at the Amar Jawan Jyoti to commemorate the indomitable courage of our Armed Forces personnel who have made the supreme sacrifice in the service of the motherland. The Amar Jawan, the immortal soldier, is symbolised by a reversed rifle standing on its barrel and crested by a soldier’s helmet.

The marching contingent of the Army will include horse-mounted columns of the 61st Cavalry, the Punjab Regiment, Maratha Light Infantry, the Dogra Regiment, Ladakh Scouts, the Regiment of Artillery and 123 Infantry Battalion – Territorial Army (Grenadiers) followed by the tableau of Ex-Servicemen.

This year the Indian Navy’s Tableau will have the theme “Indian Navy – Combat Ready Force for National Security”. The tableau showcases proudly illustrates the combat potential of the multi-dimensional Indian Navy of the 21st Century.

Tableaux from 14 States and UT, Nine Central Ministries, Departments and Central Paramilitary Force will present the varied historical, art and cultural heritage of the country. They will also showcase country’s progress in different fields, particularly floats from Karnataka, Gujarat, Tripura, Maharashtra, Assam, Jammu & Kashmir, Manipur and Kerala with their varied themes, which will be of special attraction. The floats of All India Radio, Indian Council of Agricultural Research, Income Tax Department will showcase the rapid development of some of the flagship programmes of the Government.

Eighteen children, including seven girls selected for the National Bravery Award–2017 will also participate in the parade. Three children have got the award posthumously. In the children’s pageant section, over 800 boys and girls drawn from three schools in Delhi and a group of school children from South Central Zone Cultural Centre, Nagpur and North East Zone Cultural Centre, Dimapur will perform colourful dances on varied themes.

The grand finale of the parade will be a spectacular flypast by the IAF. The flypast will commence with the ‘Rudra’ formation comprising three ALH Mk IV WSI helicopters in ‘Vic’ formation, followed by the ‘Hercules’ formation comprising three C-130J Super Hercules aircraft in ‘Vic’ formation. Trailing them will be the ‘Netra’ which is an Airborne Early Warning and Control System Aircraft also known as “Eye in the Sky”. It will be followed by the ‘Globe formation’ comprising one C-17 Globemaster flanked by two Su-30 MKIs.

Next in line will be the fighters, where three LCA aircraft Tejas will fly in ‘Vic’ formation followed by five Jaguars in Arrowhead formation. Another five MiG-29 Upgrade Air Superiority Fighters will fly in Fulcrum style. Then the breath-taking ‘Trishul’ formation comprising three Su-30 MKIs would fly over the Rajpath, and once in front of the saluting dais, the Su-30 MKI aircraft will split upwards, making a Trishul in the sky. The flypast will conclude with another Su-30 MKI carrying out a ‘Vertical Charlie’ manoeuvre over the saluting dais.

The ceremony will culminate with the national anthem and release of balloons.