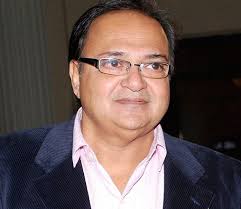 Swapnil Sansar: Rakesh Bedi is an film actor, stage and television actor, most known for his comedy roles in films like Chashme Buddoor (1981), and television series, Yeh Jo Hai Zindagi (1984) and Shrimaan Shrimati (1995) and Yes Boss (1999–2009).
Rakesh Bedi  (8th feburary 1956) studied in Delhi, where his father Madan Gopal Bedi was working with Indian Airlines, and while in school, he started participating in Mono Acting competitions. Rakesh Bedi has worked with the New Delhi theatre group Pierrot’s Troupe. He studied acting at the Film and Television Institute of India, Pune.Bedi started his film career as a supporting actor in the 1979 film Hamare Tumhare, starring Sanjeev Kumar, and then went on to act in over 150 films and several TV serials.Some of his most memorable roles were in the 1981 film Chashme Buddoor with Farooq Shaikhand in the TV sitcoms Shrimaan Shrimati (1995) and Yes Boss, Yeh Jo Hai Zindagi (1984), written by Sharad Joshi and directed by Kundan Shah. He had a little role in Gulzar’s Mere Apne, and he has acted in a number of Punjabi movies, including Main tu assi tussi.

He hosted Science with BrainCafé, a science show on ZeeQ, and continues doing theatre in Mumbai. Notably, he played 24 different characters in Vijay Tendulkar’s popular one-man play Massage.In 2012, he started working in his first television drama daily soap, Shubh Vivah.
He is the life member of International Film And Television Club of Asian Academy of Film & Television.⁠⁠⁠⁠