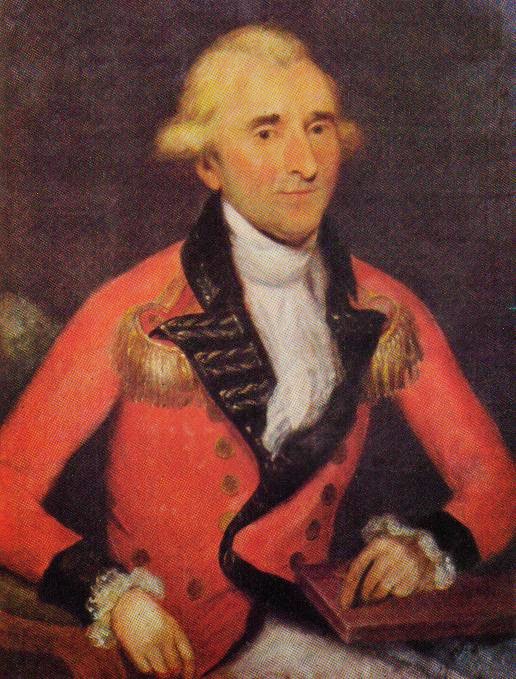 Posted By: Sansar Swapnilon: January 05, 2019In: On This DayNo Comments
Print Email

#MajorGeneralClaudeMartin was an officer in the French, and later the British, army in India. He rose to the position of Major General in the British East India Company’s Bengal Army. Martin was born in Lyon, France, into a humble background, and was a self-made man who has left a substantial lasting legacy in the form of his writings, buildings and the educational institutions he founded posthumously. There are seven schools named after him, two in Lucknow, two in Calcutta and three in Lyon. The small village of Martin Purwa in India was also named after him.
Claude Martin was born on 4 January 1735 in the rue de la Palme, Lyons, France. He was the son of Fleury Martin (1708–1755), a vinegar maker, and Anne Vaginay (1702–1735), a butcher’s daughter.At his local parish school he excelled in mathematics and physics. After leaving school he was apprenticed to a local silk weaver.Martin’s family were middle class and by this time they had businesses in mustard, vinegar and brandy. His decision to go into the silk yarn business did therefore not go down well with his family.
In 1751 at the age of 16 Martin decided to seek his fortune abroad, and he signed up with the French Compagnie des Indes.His mother is reported to have said that he should not return from enlisting as a soldier until he was “in a carriage”.He was posted to India where he served under Commander and Governor Joseph François Dupleix and General Thomas Arthur Lally in the Carnatic Wars against the British East India Company. When the French lost their colony of Pondichéry in 1761, he accepted service in the Bengal Army of the East India Company in 1763, ultimately rising to the rank of Major General.
He was initially employed at the then-new Fort William in Calcutta, Bengal (now, West Bengal), and afterwards on the survey of Bengal under the English Surveyor General James Rennell. In 1776, Martin was allowed to accept the appointment of Superintendent of the Arsenal for the Nawab of Awadh, Asaf-ud-Daula, at Lucknow, retaining his rank but being ultimately placed on half pay. He resided in Lucknow from 1776 until his death. It may be that the French Revolution prevented him from returning “in a carriage”.His friend Antoine Polier gave up his Muslim wives and children to live in a French chateau and was stabbed in the terror. However, Martin never gave up his nationality and died a French national.
Martin never married but, as a nabob, he had close and long relationships with several mistresses, which was the normal practice in that era. His favourite mistress was a girl called Boulone (c.1766–1844), who was some thirty years younger than Martin. He had bought her as a young girl aged nine. Martin always claimed that they lived happily together, but Boulone must inevitably have harboured feelings of jealousy when Martin introduced younger mistresses into the household. Boulone is commemorated in a small gilt-framed painting in the Blue Room of La Martinière. She is pictured next to a young boy named James Zulphikar, who was said to have been adopted by Martin. Both figures are dressed in 18th-century Indian costume, and Boulone is holding a fishing rod. Boulone is buried in a purpose-built Muslim tomb in the grounds of the College. It is here that a few rupees are given out once a month to the poor people of Lucknow, in accordance with the instructions in Martin’s will.

Claude Martin died on 13 September 1800 at the Town House, Lucknow.According to his last wishes, he was buried in the vault specially prepared for his remains in the basement of Constantia in Lucknow. The inscription on his tombstone reads:Major-General Claude Martin.Arrived in India as a common soldier and died at Lucknow on the 13th of September,,1800, as a Major-General.He is buried in this tomb. Pray for his soul.Agncy