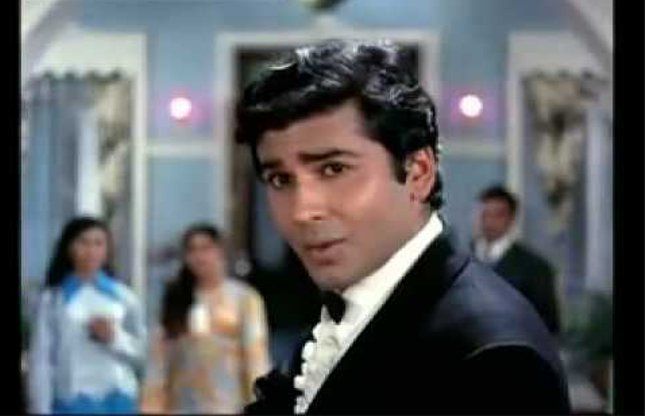 Vijay Arora was born on December 27, 1946.He was an actor in Hindi films and television serials, most famous for his roles in Yaadon Ki Baaraat and as Indrajit in the television serial Ramayan.

Arora’s career got off to a good start by winning the gold medal when he graduated from Film and Television Institute of India in 1971. During that period, only three stars were considered promising, Rajesh Khanna, Vijay Arora and Amitabh Bachchan. In fact at a press conference Rajesh Khanna himself declared that if there is any other potential Superstar after him, it will be Vijay Arora. He made his debut with another newcomer Reena Roy in Zaroorat (1972). The risque film did get him much attention as it also did for Reena, since she later became a box-office star and an award-winning actress. Fortunately, for Arora, that set the tone for the rest of his film career, as his more famous leading ladies did well with him: Asha Parekh in a dual role in Rakhi Aur Hathkadi (1972); the guitar-strumming Zeenat Aman in the memorable Yaadon Ki Baaraat (1973) (where the famous romantic song, “Chura liya hai” is picturized on them), two powerful actresses Jaya Bhaduri and Waheeda Rehman playing his wife and mother-in-law, respectively in Phagun (1973); Shabana Azmi in Kadambari (1975); Tanuja in Insaaf (1973); Moushumi Chatterjee in Natak (1975) in Indias media barron, Nari Hira’s Magna Production’s film Janjaal with Urmila Matondkar, in Safed Hathi, Mere Bhaiya, Saheb [with Anil Kapoor], Amma, 100 Days starring Jackie shroff and Madhuri Dixit, Rajiv Rai’s Vishwatma, Ramsey Brotehr’s Purani Haveli,Sannata, Ek Mutthi Aasman, Jiyo Toh Aise Jiyo, Insaaf, 36 Ghante with Raj Kumar, Zamaane Ko Dikhana Hai, Dil Aur Diwar, BR Chopra’s Avam with Rajesh Khanna, Bade Dil Wala, Meri Awaz Suno, Sawan Kumar Tak’s Sauten with Rajesh Khanna, Ladaaku, Daku, Bade Dil Wala, Natak. Even when a famous and talented filmmaker like Hrishikesh Mukherjee gave him a starring role in a good film Sabse Bada Sukh (1973) without a famous heroine sharing the screen with him, he still did reap benefits. Another famous director Subhash Ghai shot a nice song on Arora called “Ik ritu aaye, ik ritu jaaye” in Gautam Govinda earlier titled Gautam Govinda Gopala, Gopala beinge Vijay Arora (1979). His name was lateron removed due to the film industry politics. His career went up further, when gossip columnists pounced on him, after his leading lady Bindiya Goswami from the filmJeevan Jyothi (1976) falsely claimed that he allegedly harassed her to get hr media publicity. Soon, he found himself guest-starring in other hit films such as Naseeb as himself in the multi starer title song with Amitabh Bachchan, Dost Gharibon ka with Govinda, Roti (1974 film), Sargam (1979), Bade Dil Wala (1983), Jaan Tere Naam (1991) and Indian Babu (2003) where his characters were peripheral to the storyline. He did over 110 released films and over 500 broadcasted television serial episodes.

In the late 80s, he found great success on the small screen with his role as Meghnad Indrajit in the epic serial Ramayan directed by Ramanand Sagar. Besides acting, Arora also set up his own software house which produces ad films and corporate films. His serial Ek Tara Bole made for children was an award-winner. He made ads and documentary films on implementation of ISO 9000 standards [first in India], We are trying harder for the Mahanagar Telephone Nigam Limited, Khadi Village Industries and United Nations eco-friendly [first in the world] textiles which were well appreciated by the United Nations. In 2001, he was seen in two serials Lakeerein Talaash and Ketan Mehta’s highly sensational Pradhan Mantri. He also acted in Jaana Na Dil Se Door directed by Vijay Anand. Arora was a hit in Gujrati cinema too in films like Raja Harish Chandra with Madhuri Dixit. He had acted in several Hindi and Gujrati plays. He did events for the Gem and Jewellery Council Of India was promoter of several imported products like acupuncture massagers and non electric industrial ventilators. He also manufactured playing cards for various Indian corporates and also sourced them to Warner Brothers for the movie Superman. He used to help students develop the skill and art of acting and was heavily into Yoga, Health and Fitness.

Arora was married to Ex Model and Miss India Dilber Debara . His son, Farhad, is a promoter for Ferrari and Maserati Cars in the Indian Subcontinent. Arora died on February 2, 2007 at his residence, due to stomach cancer.Agency