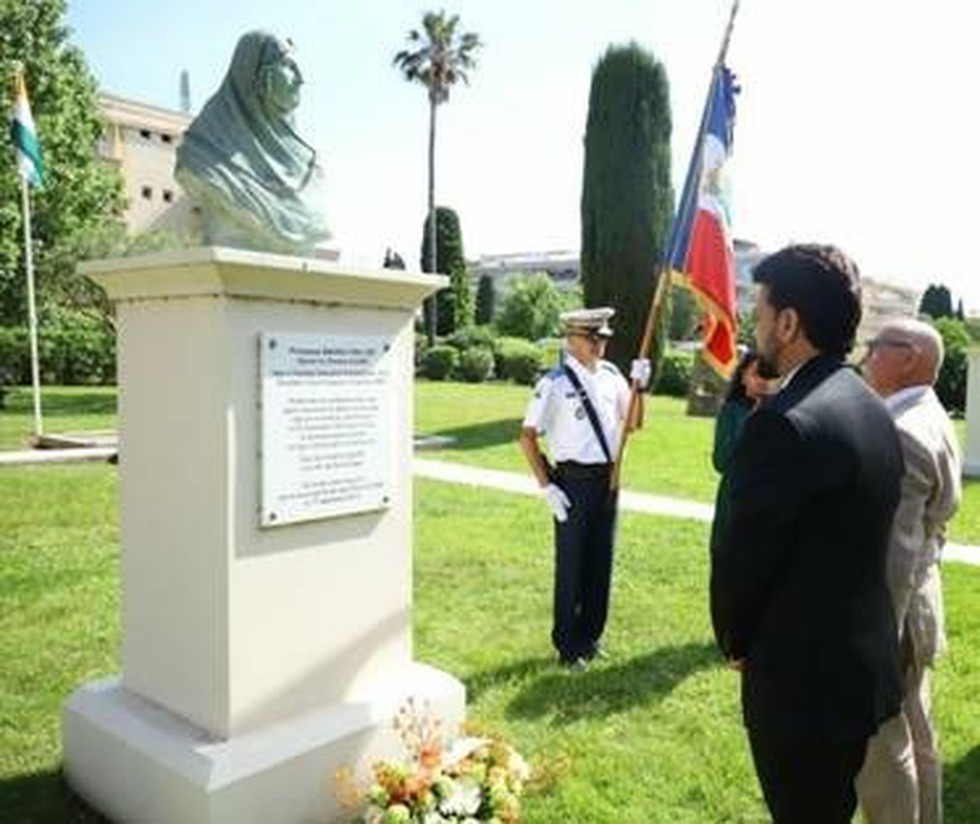 ALLARD, BANNOU PAN DEI (1814-1884), born of Raja Menga Ram of Chamba and Banni Panje Dei at Chamba on 25 January 1814, married Jean Francois Allard, one of Maharaja Ranjit Singh\’s French generals, in March 1826, and bore him seven children, two of whom died in infancy and are buried in Lahore along with their father. Allard and his wife also adopted a little orphan, Achille. In 1834, Bannou Pan Dei, her children and two of her female attendants accompanied Allard to France.

The reason given to Maharaja Ranjit Singh for the journey was that the children needed a Christian education. However, in a newspaper interview in France, Allard spoke of another reason. His wife being much younger than him and belonging to a strict Hindu family, he feared she would be obliged to commit sati if he died in the Punjab. In July 1835 Bannou Pan Dei settled down in Saint Tropez and remarried Allard in a French civil ceremony. Since she was a Hindu, they could not be married in a church.

The children were legitimatized, and Allard made arrangements for their education between December 1835 and April 1836. He then left France for the Punjab, never to see his family again. There are several descriptions in contemporary French press of Bannou Pan Dei Allard Jter guests at Saint Tropez (Garcin de Tassy, Mme de Salle, an Indian prince), her travels and her connections with the high society of her time. In 1841 after the demise of her husband at Peshawar, she decided to convert to Christianity (Roman Catholic) and was baptized in the church of Saint Tropez, the King and the Queen of France having accepted to be her godfather and godmother.

The ceremony took place in grand style, and General Ventura, who had just arrived in Marseilles for one of his trips to Europe, attended on her and assisted her in receiving the guests at her residence in Saint Tropez. On 25 July 1845 Madam Allard lost her younger daughter, Felicie (born at Calcutta, 2 February 1835) and she got a special permission to bury her in her garden, according to the Punjabi custom. She had purchased a new estate in Saint Tropez along the sea, where she lived among her souvenirs and paintings. These paintings, in the possession of the Allard family for five generations, were stolen in 1979. In her bedroom, she got reproduced on a larger scale the painting of the Allard family showing their seven children all sitting in their garden at Anarkali.

This included the two deceased children, whereas the original, signed Paris 1836, represented the five living children. Her faithful maid, Darana, also shown in the paintings, died in 1861 .Her children married into good families. The tradition is still alive in Saint Tropez that she never accepted the death of her husband in Peshawar in 1839, and every evening she walked to the seaside to wait for him. In 1853, the fortune of the Allard family was estimated at 462,000 Francs (Rs 184,800) of which 134,OOO F belonged to Bannou Pan Dei and 82,000 F to each of the four children. She died at Saint Tropez on 13 January 1884, and is buried in the Allard family tomb in the \’Cimetiere Marin\’ of Saint Tropez.