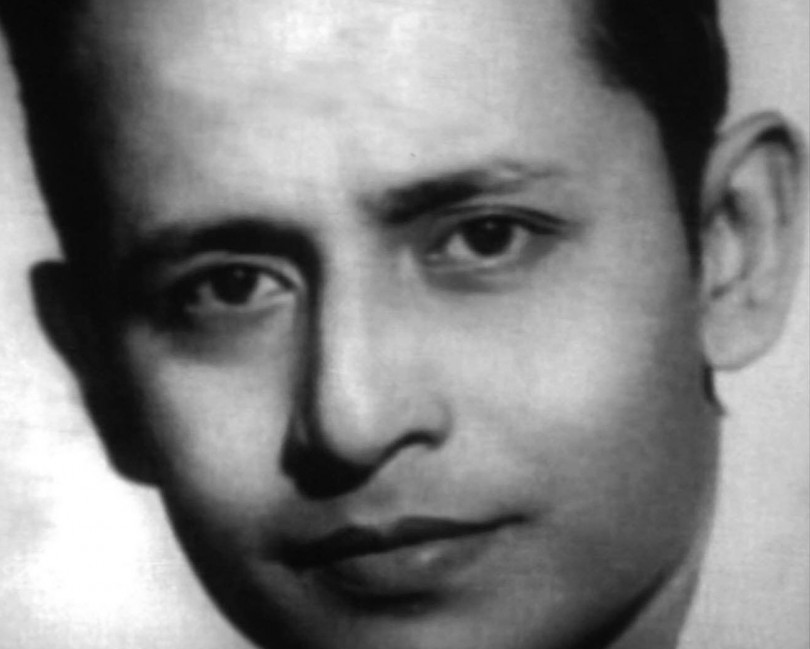 Remembering one of the best film director & filmmaker of the Indian Cinema Asit Sen, on his Birth Centenary : A tribute-  Asit Sen was an  film director, cinematographer & screenwriter, who worked in both Bengali and Hindi cinema. He directed 17 feature films in Hindi and Bengali, most known for films, Deep Jweley Jai (1959) and Uttar Falguni (1963) in Bengali, Mamta (1966), Khamoshi (1969), Anokhi Raat (1968) and Safar (1970) in Hindi.
Asit Sen was born on 24 September 1922 in Dhaka, Bengal Presidency, undivided India, now in Bangladesh. Asit Sen was a child with a keen interest towards art. Post his schooling in Nagaon (Assam) he shifted to (Kolkata) for further studies, and in his youth he got drawn towards photography. With the help of his uncle Ramanand Sengupta, who was an established cinematographer, Asit Sen started attending shootings of Hindi films and then joined Bharat Laxmi Productions as an assistant to D.K. Mehta. Soon he became an assistant to his uncle in Purbarag (1947) and then later went on to become an independent filmmaker.
Asit Sen started his career, assisting auteur Bimal Roy at New Theatres in Kolkata, however Kolkata based film industry was on the decline, thus Roy shifted base to Bombay (now Mumbai) along with his team in 1950, which included Asit Sen, Hrishikesh Mukherjee, Nabendu Ghosh, Kamal Bose & later Salil Chaudhury, and by 1952 he has restarted the second phase of his career with Maa (1952) for Bombay Talkies.
Following his passion, Asit Sen first made a documentary following Mahatma Gandhi’s tours in Noakhali and Patna. With the confidence gained, he then made his directorial debut with the Assamese language film Biplabi in 1948. A few years later he made his first Bengali film Chalachal in 1956, starring Arundhati Devi, which was a success, and many years later he remade the film in Hindi as Safar, which was also a hit. In 1959, he made “Deep Jwele Jai”, starring Suchitra Sen, set in a psychiatric hospital, which again he remade in Hindi as Khamoshi in 1969, with Rajesh Khanna and Waheeda Rehman. In Mamta (1966), a remake of his 1963 Bengali film Uttar Falguni, a story about class conflict, he excelled as a storyteller. The film had lead actress Suchitra Sen in a double role and featured memorable songs, “Rahein Na Rahein Hum”, sung by Lata Mangeshkar and her soft, almost spiritual duet “Chhupa Lo Yoon Dil Mein Pyar Mera”, with Hemant Kumar. Asit Sen then joined National Institute of Film And Fine Arts in 1993 as a teacher and till his death he served in film education for society.
Asit Sen worked with some of the most prominent actors in Bollywood during his career. As director of Khamoshi (1969), he directed Rajesh Khanna & in Sharafat (1970) he directed Dharmendra, Hema Malini and Ashok Kumar. In the unique themed movie Annadata (1972), he directed Om Prakash and Jaya Bachchan. In Maa Aur Mamta (1970), he directed Ashok Kumar. in Mamta (1966) Suchitra Sen, Ashok Kumar and Dharmendra. Another engaging story was Bairaag where Asit Sen directed Helen, Madan Puri and Kader Khan, and in Anari (1975), he directed actors Shashi Kapoor, Sharmila Tagore, Moushumi Chatterjee and Kabir Bedi. Asit Sen was nominated twice for Filmfare Best Director Award, and won once. He was nominated for his direction of Mamta in 1967, and won the award in 1971 for Safar, which starred Rajesh Khanna, Sharmila Tagore and Feroz Khan. Asit Sen became the Vice Principal and joined National Institute of Film and Fine Arts. He has worked for film education for the society till his last breath.
Asit Sen died at Kolkata hospital on 25 August 2001 at the age of 79. He was survived by his only son Partha Sen.
🎬 Filmography of Asit Sen –
1952 Maa : Story writer-1958 Pariwar 1966 Mamta 1968 Anokhi Raat 1969 Khamoshi 1970 Maa Aur Mamta, Safar & Sharafat 1972 Anokha Daan, Annadata 1975 Anari 1976 Bairaag
1982 Vakil Babu 1983 Mehndi
Awards –
1963 National Film Award for Best Feature Film in Bengali: Uttar Falguni.1971: Filmfare Award for Best Director Safar.