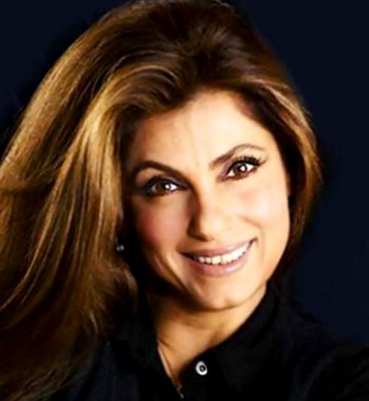 Agency.This elegant lady needs no formal introduction! Dimple Kapadia had her first big screen experience at the tender age of sixteen years. She rocked the screen with her appearance in the super hit film ‘Bobby’ by legendary Raj Kapoor. This role brought Dimple an overnight stardom. Raj Kapoor was the one, who perceived the talent in Dimple and decided to cast her opposite his son, Rishi Kapoor in the film ‘Bobby’ (1973).

Since then, the beauty is ruling over hearts with her unending charm. Dimple was born in a Gujarati family on 8th June, 1957. Her father’s name is Chunnibhai Kapadia. Late Simple Kapadia was her sister and Dimple’s brother’s name was Munna. Dimple Kapadia is the wife of late super star Rajesh Khanna. After tying knot with Rajesh Khanna, Dimple left acting for some period of time. There was a big age difference between Rajesh Khanna  and Dimple Kapadia. She is the mother of Bollywood’s ex-actresses, Twinkle Khanna and Rinke Khanna. Her elder daughter Twinkle Khanna is married to Bollywood star Akshay Kumar. She re-appeared on big screen in the year 1984, post separation from her husband Rajesh Khanna. She made a grand comeback on big screen with the film ‘Zakhmi Sher’ (1984). In the year 1985, Dimple gave another hit flick named ‘Saagar’. Both the super hit flicks by Dimple Kapadia made her win Filmfare Award for Best Actress. In the 1980’s, Dimple established herself as one of the leading actresses of Hindi film industry. The film ‘Saagar’ was considered as the official entry of India to the Oscars in that year.