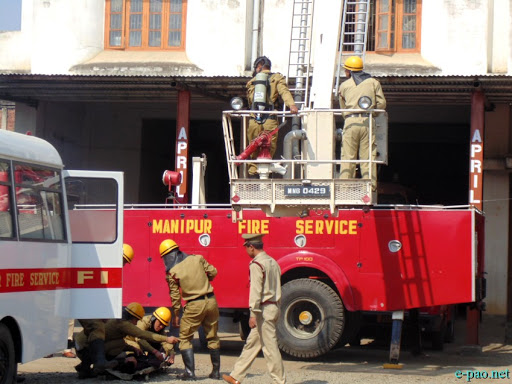 At 16:40 hours on 14th April 1944, Bombay Now Mumbai was rocked by the catastrophic explosions in a vessel S.S. “Fort Stikine” berthed at No.1, Victoria Dock. The ship contained nearly 1,200 tons of explosives, cotton bales and oil drums. The destruction was appalling. Prince’s and Victoria Docks, were full of blazing and drifting ships, while other sank near the littered which they had been-moored. The approach channels the docks were littered with obstruction, and a vast land area of various types of buildings, roads and railways were utterly devastated. Beyond this area fires raged caused by the wide dispersal of incendiary material from fatal ship. The disaster involved heavy loss of human life. The magnitude of the explosion could be judged from the fact that a ship lying at the adjacent No.2 berth – Victoria Dock, 400 feet long and dropped on land with the midship section across the quay and the bow overhanging the water. All building and ships in Prince’s and Victoria Docks were set on Fire. An area of 100 acres adjacent to the docks was gutted. Fire engines disappeared from the face of the earth. Steel-framed buildings collapsed into tangled masses of fused steelwork and debris. Bulk grain stores continued to burn and smoulder for four months. Fragments of mangled steel weighing up to 100 tons travelled laterally at incredible velocities passing through whatever was in their paths. The bridges over the dock entrance were irreparably damaged. Hydraulic operating gear for dock gates bridges were buried beneath masses of cotton and debris. In Victoria Dock , 500 ton ship was sunk at the inner end of the entrance and a 300-ton water boat was submerged just outside. Masses of the superstructure, such as masts and rigging , completely blocked the entrance to the Dock. The water surface of both docks was solidly covered by a mass of floating cotton, damaged cargo, debris and corpses. It took three weeks to clear the debris . Small crafts such as tugs, lighters, water boats had sunk. Transit sheds, warehouses, dock buildings, offices and other structures were razed to the ground and reduced to tangled heaps of rubble, steel and ashes which completely blocked all roads and railways. The railway tracks were irreparably damaged. Electric sub-stations were gutted. Hydraulic, electric and fresh water mains, sewers and storm water drains were damaged by the tremendous earth tremor caused by the explosions. The actual seat of the explosions revealed two huge craters and hundreds of feet of shattered quay wall forming a vast beach reaching far out below the water in the dock. Ashore as the sun set the wind swept the flames towards the center of the city in raging inferno visible for miles. As dawn of the 15th April approached what was left of the Fireman were to arrest the wrought and havoc that devastated the area. The authorities in power ordered about Fire lane” to be dynamited through the center of the City and everything on the dock side to be concede to the flames. This was an unbearable pain added to the injuries already caused by the explosion to the Firemen . The Officer Fire Services Mr. Norman Coombs who had enormous faith and confidence in his gallant Firemen vehemently refused to budge and the Firemen stood to their post so that the fire did not cross the ‘Fire lane’. The heroism and devotion to duty of these Firemen were thus proved. For weeks the fires burned in the devastated area but never crossed that ‘lane’ for the brave Firemen stood to their stead with no relief whatsoever ungrudgingly for days together ‘ Mumbai was saved’. No exact toll of dead or injured will ever be known except for those 66 gallant personnel of Fire Service who laid down their lives and it is for their great act of bravery and devotion to duty that our great National salutes them to this day “14th April ” every year and years to come. For those who gave their lives on duty died a glorious death. ‘Death or Glory’ was the motto of these gallant men, and their sacrifice shall remain in memory forever. They brought honours and glory to the Bombay Fire Service. The services rendered by the Brigade will go down in the history in golden letters. The officers and men did not die in an emotional heat of battle but laid down their lives in the cause of safety, welfare and prosperity of the citizens and the community at large of the city. In recognition, the citizens of Mumbai erected a Memorial Column at the Fire Brigade Headquarters at Byculla and the Government of India declared 14th April as “Fire Services Day” to be observed nation-wide every year. Thus, the city and the nation took pride in the Brigade, which established a memorable example for other Fire Services to emulate. Rameshbhai L.Patel