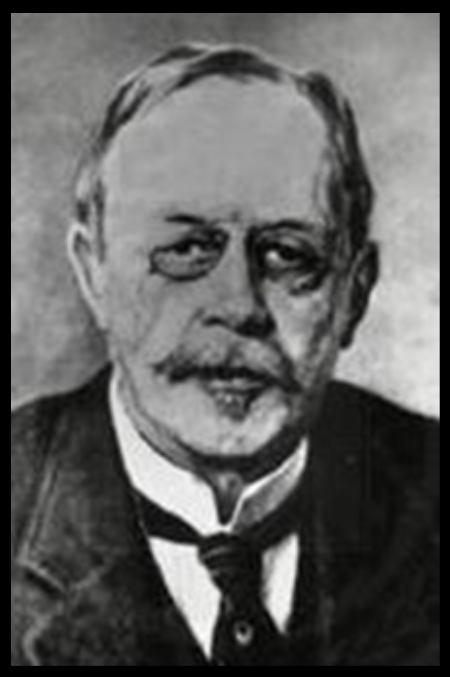 Hans Christian Joachim Gram was a Danish bacteriologist noted for his development of the Gram stain, still a standard technique to classify bacteria and make them more visible under a microscope.

Gram (13 September 1853 ) was the son of Frederik Terkel Julius Gram, a professor of jurisprudence, and Louise Christiane Roulund.He studied at the University of Copenhagen, and was an assistant in botany to the zoologist Japetus Steenstrup. His study of plants introduced him to the fundamentals of pharmacology and the use of the microscope.Gram entered medical school in 1878 and graduated in 1883. He travelled throughout Europe between 1878 and 1885.

In Berlin, in 1884, Gram developed a method for distinguishing between two major classes of bacteria. This technique, the Gram stain, continues to be a standard procedure in medical microbiology. This work gained Gram an international reputation. The stain later played a major role in classifying bacteria. Gram was a modest man, and in his initial publication he remarked, “I have therefore published the method, although I am aware that as yet it is very defective and imperfect; but it is hoped that also in the hands of other investigators it will turn out to be useful.”

Gram’s initial work concerned the study of red blood cells in men. He was among the first to recognise that macrocytes were characteristic of pernicious anaemia.

In 1891, Gram taught pharmacology, and later that year was appointed professor at the University of Copenhagen. In 1900, he resigned his chair in pharmacology to become professor of medicine. As a professor, he published four volumes of clinical lectures which became widely used in Denmark. He retired from the University of Copenhagen in 1923, and died in 14 November 1938.Agency.