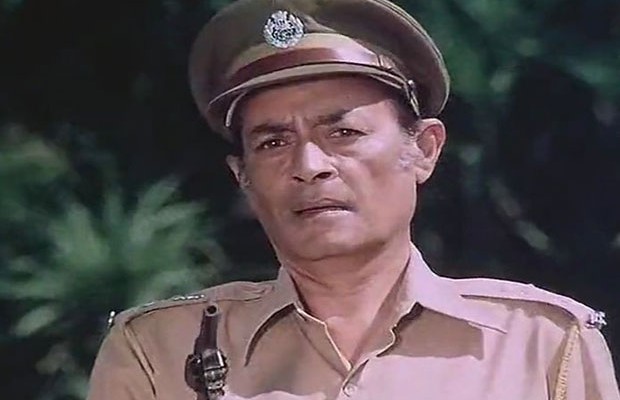 Iftekhar Khan,  (22 February, 1920 – 4 March 1995) was a character actor in Bollywood films, especially known for his roles as police officers.Iftekhar made his acting debut in 1937, with the film Qazzak Ki ladki. He acted in over 400 films in a career that spanned from the 1950s through to the early 1990s.
Like many of the older character actors who populated the Bollywood universe of the 1960s and 70s, Iftekhar had been a lead actor in his youth during the ‘golden age’ of Bollywood in the 1940s and 50s. His roles ranged from father, uncle, great-uncle, grandfather, police officer, police commissioner, courtroom judge and doctor. He also did negative roles in Bandini, Sawan Bhadon, Khel Khel Mein and Agent Vinod.

In the 1960s and 70s, Iftekhar graduated to playing uncle, father, and what came to be his specialty: police inspector roles. Generally he played ‘sympathetic’ characters but, on occasion, he played the heavy. One of his most memorable roles as a heavy was as Amitabh Bachchan’s corrupt industrialist mentor in Yash Chopra’s classic Deewaar (1975). Another of Iftekhar’s classic roles was as the police inspector in Prakash Mehra’s Zanjeer. It was a small part, but the scene where Iftekhar reprimands the near hysteric Amitabh Bachchan for taking the law into his own hands is incredibly powerful. Another important role as a police officer was played by him in 1978’s Amitabh Bachchan’s blockbuster hit Don.
Besides Deewaar and Zanjeer Iftekar had character roles in many of the classics of 1960s and 70s Bollywood cinema: Bimal Roy’s Bandini, Raj Kapoor’s Sangam, Manoj Kumar’s Shaheed, Teesri Manzil, Teesri Kasam, Johny Mera Naam, Hare Rama Hare Krishna, Don, The Gambler and Sholay to name but a few.
Apart from Hindi films he appeared in two episodes of the American TV series Maya in 1967 as well the English language films Bombay Talkie (1970) and City of Joy (1992).
His sister Veena, original name Tajour Sultana (1926-2004) was an actress and acted in movies like Taj Mahal for which she got the ‘Best Supporting Actress Award, Pakeezah, Do Raste, Ashirwad, Parichay. and others.Agency.