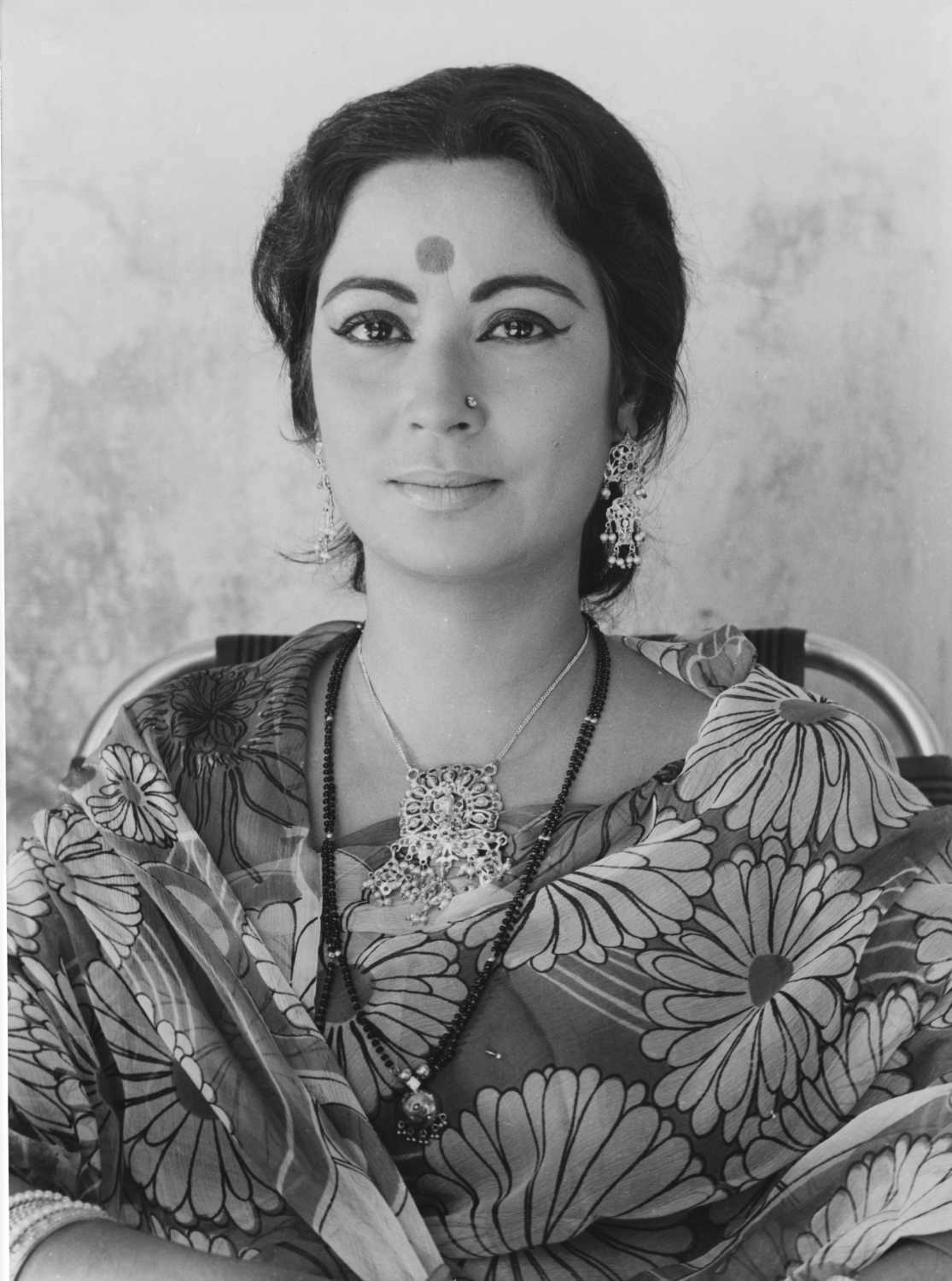 Indrani Mukherjee born(1st March) and brought up in Allahabad. She started taking part in Hindi radio plays at All India Radio, Allahabad Her elder sister Maya was already an actress in Bengali cinema, when she happened to enter a beauty competition, wherein actress Nutan and Shobhana Samarth were judges.
Thereafter she was screen tested by Bimal Roy, which lead to her debut with Usne Kaha Tha (1960) directed by Moni Bhattacharjee and produced by Roy, with Sunil Dutt and Nanda as the leads. Her next film was Dharmaputra opposite Shashi kapoor directed by Yash Chopra, and which won the National Film Award for Best Feature Film in Hindi Her next big film was war film, Haqeeqat (1964) directed by Chetan Anand, who subsequently cast her as the lead, opposite debutante Rajesh Khanna in Aakhri Khat (1966), the film received critical acclaim, and was India’s entry to the Academy Awards.
For next decade she became a regular feature in Hindi films, as a character actor, in notable films like, Mere Laal (the famous song payal ki jhankar raste raste was picturised on her), Grahasthi, Heer Raanjha (1970), Parvarish (1977) and Dharam Veer (1977), the Dharmendra starrer, in which played the pivotal role of Rajmata .
She also acted in a few Marathi and Bhojpuri films, including Apradh, Laagi Nahi Chhute Ram (1963).
She retired from Hindi cinema in the 1980s. She has married Mr. Krishanlal Khanna (IIT Kharagpur) (well-known Micro-irrigation Businessman) and moved to Nashik in 1992. Her two grown up daughters, Deepanjali and Moyna, now live in London and Dr. Ambedkar Nagar, Madhya Pradesh respectively. Her sons Anirudh and Dipankar live in Nashik and Bangalore respectively. Her granddaughters are Charulata, Chitralekha, Avantika Chappwala and Nivedita Bannerjee and her grandsons are Ranbeer Bannerjee and Viram Chappwala. Her daughters-in-law are Anju Ahuja and Niketa Khanna and sons-in-law are Rahul Chappwala and Rahul Bannerjee.Agency.