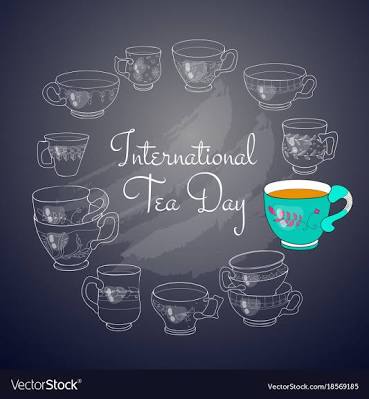 Posted By: Swapnil Sansaron: May 21, 2021In: TODAY IN HISTORYNo Comments
Print Email

International Tea Day is observed annually on May 21, according to the United Nations. The concerning resolution was adopted on December 21, 2019 and calls on the United Nations Food and Agriculture Organization (FAO) to lead the observance of the Day.

The International Tea Day aims to raise awareness of the long history and the deep cultural and economic significance of tea around the world. The goal of the day is to promote and foster collective actions to implement activities in favour of the sustainable production and consumption of tea and raise awareness of its importance in fighting hunger and poverty.

An International Tea Day has been celebrated on December 15, since 2005, in tea producing countries like India, Sri Lanka, Nepal, Vietnam, Indonesia, Bangladesh, Kenya, Malawi, Malaysia, Uganda and Tanzania.[4] International Tea Day aims to draw global attention of governments and citizens to the impact of the global tea trade on workers and growers, and has been linked to requests for price supports and fair trade.

In 2015, the Indian government proposed expanding the observance of International Tea Day through the FAO Intergovernmental Group on Tea (IGG on Tea).

The FAO IGG on Tea leads multilateral efforts to support the world tea economy, has been a great advocate for the proclamation of the International Tea Day. In 2015, during a meeting in Milan, Italy, the IGG on Tea discussed the idea of an International Tea Day. The proposal was then endorsed by the FAO Committee on Commodity Problems (CCP) and subsequently adopted by the United Nations General Assembly in December 2019.Agency.