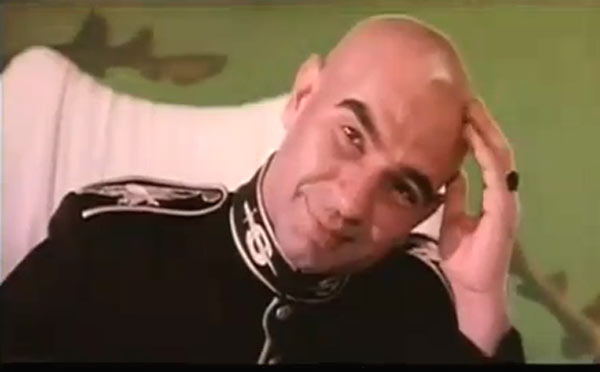 Kulbhushan Kharbanda  is an actor, who worked in Hindi and Punjabi films. He is better known for his role as antagonist Shakaal in Shaan (1980) inspired by the character of Blofeld from James Bond movies. Starting with Delhi-based theatre group Yatrik in the 1960s, he moved to films with Sai Paranjpye’s Jadu Ka Shankh in 1974, he worked in several parallel cinema films, before working in mainstream Bollywood. He later appeared in Mahesh Bhatt’s classic, Arth (1982), Ek Chadar Maili Si (1986), and in all three parts of Deepa Mehta’s Elements trilogy, Fire (1996), Earth (1998), and Water (2005).After nearly two decades he was seen on the theatre stage in Padatik Theatre, Kolkata’s production, Atmakatha, directed by Vinay Sharma.
Born in Hassanabdal, Attock District, (now in Pakistan), ( 21 October 1944) known for the historic Gurdwara Panja Sahib, his family migrated to India after partition, did his early schooling from Jodhpur, Dehradoon, Aligarh & Delhi. Later Kharbanda did his graduation from Kirorimal College, Delhi University.
After his studies he and a few of his college friends formed a theatre group called “Abhiyaan”, and then joined Delhi-based Yatrik, a bilingual theatre repertory founded by director Joy Michael in 1964, and became its first paid artiste, though after a few years Yatrik collapsed as the director was lecturing in US universities. That is when he moved to Kolkata and started working with “Padatik” theatre group with did Hindi theatre, under director Shyamanand Jalanin 1972. Here he worked for a while, before moving to films and Mumbai.
He first got noticed in Shyam Benegal’s Nishaant (1974), with whom he went on to work in several more films including, Manthan (1976) and Bhumika: The Role (1977), Junoon (1978), and Kalyug (1980), soon he was a regular with Parallel cinema directors, like Godhuli (1977) with B. V. Karanth.
Playing a bald villain, Shakaal in Shaan (1980) directed by Ramesh Sippy, saw his transition into Bollywood mainstream, Kharbanda went on to appear in Ghayal (1990), Jo Jeeta Wohi Sikandar (1992), Gupt (1997), Border (1997), Yes Boss (1997), Refugee (2000). Though he continued appearing in art films, like Chakra (1981) with Smita Patil and Naseeruddin Shah, Arth (1982) with Shabana Azmi, Andhi Gali (1984) first Hindi film of Buddhadeb Dasgupta, Ek Chadar Maili Si (1986) with Hema Malini, Utsav (1984) by Girish Karnad, Mandi (1983), Trikal (1985) and Susman (1987) by Shyam Benegal, Naseem (1995) by Saeed Akhtar Mirza and Monsoon Wedding (2001) directed by Mira Nair.
He portrayed Reema Lagoo’s husband and Raj Babbar’s brother in Shashi Kapoor’s Filmwalas Production’s, Kalyug. He has also appeared in period pieces such as Jodha Akbar and Lagaan. His most recent film are Aloo Chaatand Team: The Force. He has acted in a number of Punjabi films. He had also portrayed the hero in the legendary film Chan Pardesi (1980) and also starred in the Punjabi comedy Mahaul Theek Hai (1999).
He has acted in six of Deepa Mehta’s movies and all her triologies: “Earth”,”Fire” and “Water”. He also has done a German film [2009]. He has also acted in TV series, like Shanno Ki Shaadi and Mahi Ve.He has been seen on the stage in plays like Teen Farishtay, Hatya ek akaar ki, Baki Itihaas, Ek Shunya Bajirao, Guinea Pig, Girdhade, Sakharam Binder and recently, Atmakatha.Agency