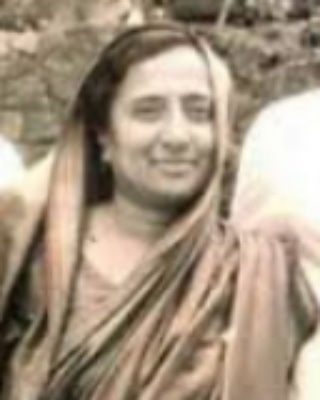 Kulsum Sayani, a crusader and proponent of women education/empowerment was born on 21st September, 1900 in Gujarat. She joined Mahatma Gandhi along with her father as well as her husband Dr. Jaan Mohammad Sayani , both renowned freedom fighters too. While actively participating in the Indian National movement, simultaneously fought for social reforms including amelioration of the society from superstitions/general disparity. She started teaching the illiterates especially women alongwith imparting ‘Charkha skill’ among them, besides, undertaking Jan Jagran Programmes. Syanis’ activities covered Mumbai city and its subverts against the wishes of the Muslim League leaders who apprehended a sway of poor/downtrodden

Muslims towards the Congress. Meanwhile she started an Urdu fortnightly ‘ Rehbur Helper’ aiming to promote adult education. She also wrote ( in Hindi, Urdu and English) a number of books on social reforms and active role of woman in every walk of life. She extensively travelled to various countries and took part in several international conferences representing the country. In recognition of her services, she was honoured with Padam Shree’ (1969) and Nehru Literacy Award by the Govt. of India. Kulsum Sayani, the fire brand social reformer passed away on 27th May, 1987. However, she would remain immortal among freedom fighters, social reformers and Advocates of Gender Equality.Copied