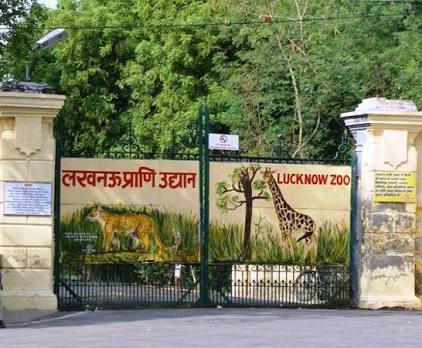 This zoological park was established on November 29, 1921 to commemorate the arrival of the Prince of Wales to Lucknow. Its establishment was conceived by the then Governor Sir Harcourt Butler. The complex was established in the 18th century by Nawab Nasiruddin Haider, the then Nawab of Awadh as a mango orchard. At that time it was known as Banarasi Bagh. Even today, in the colloquial language, the locals call it Banarasi Bagh. In the evening by the Nawabs, as the evening of Awadh used to be famous, a Baradari was built to sit here, which is still situated in the middle of the zoological garden with all its grandeur and dignity.

The Prince of Wales Edward VIII Zoological Gardens, popularly known as Lucknow Zoological Gardens, was established in the year 1921 to commemorate the visit of the Prince of Wales to Lucknow. The idea of establishing Zoological gardens at Lucknow emanated from Sir Harcourt Butler, the then Governor of the State and it was received enthusiastically by the prominent landlords and the leading citizens of the State who donated liberally for the construction of animal houses and cages and also presented animals and birds for display from time to time.

A committee of management was formed consisting of donors and other prominent citizens. Colonel Fanthorpe, Commissioner of Lucknow was appointed as the first president and Sheikh Maqbool Husain as first secretary of the commission. The committee was registered under the Societies Registration Act on 17 August 1926.

Mr. Lintle Bogla, M.C., and chief engineer of the Lucknow Improvement Trust, designed the layout of the zoo along with its buildings and cages. 26 buildings along with cages were constructed at a total cost of Rs. 2,08,800 during the period from 1921 to 1926. The main gate on the Narahi side known as “Sir Ludovic Porter Gate” facing west was constructed in 1936.