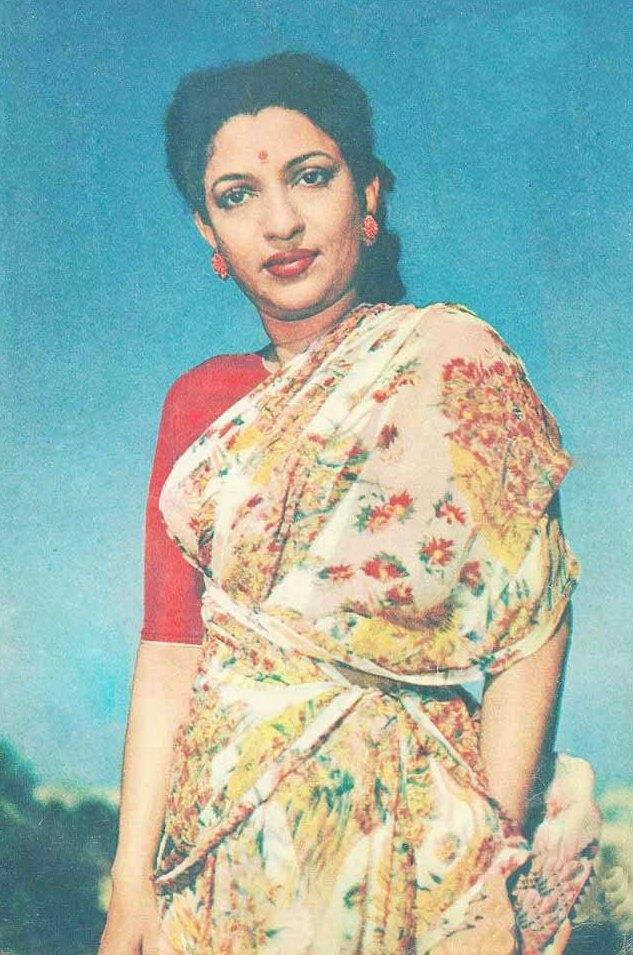 Mehtab was born on 28th April 1918 in Sachin, Gujarat, to a Muslim family and named Najma. Her father Sedee Ebrahim Khan was the Nawab of Sachin. Her career was started as child artist at the age of 2, from the film “Kamaal-e Shamsheer” produced by her mother. Her first film as heroin was Indian Arts Production’s “Veer Kunal” (1932) through which she got her screen name Mehtab. Ashraf Khan was the hero of that film. Subsequently, Chandulal Shah signed her for two films viz. “Bhola Shikar” (1933) opposite E. Billimoria and “Ran Chandi” opposite Navin Chandra. None of these films did well, so her mother formed a film company of her own and made Ashraf Khan (who was Mehtab’s first hero) the In-charge of the same. Mehtab fell in love with Ashraf Khan and they got married. Mehtab got a son from that marriage, Ismail. However, no film was completed under their company and faced heavy losses. Moreover, Mehtab’s marriage also didn’t work out and she took divorce and won the custody of her son.

After divorce, Mehtab again started struggling as an actress. In 1940, she got a film named “Qaidi” made by Film Corporation of India. Though she was not the leading heroine of the film but her acting was praised all over. So the banner signed her again as the heroine for their next film “Chitralekha” (1941) in which she created a sensation overnight by doing a bathing scene aesthetically, something shown for the very first time in the Hindi film. Around 1941 to 1943, Mehtab was among the most famous actresses of Hindi films. Her next three films “Sharda” (1942), “Masoom” (1942), and “Bhakt Kabeer” (1942) also proved hit.

In 1944, Central Studio signed Mehtab for their film “Parakh”. Sohrab Modi was directing the film. At the time of signing the contract, Mehtab told Modi that she had heard that he only take his own close-ups in his films and ignore the others. He told her that he wasn’t acting in that film. Thereafter, Sohrab Modi again took Mehtab as heroine in his film “Ek Din Ka Sultan” opposite Vasti under his own banner Minerva Movietone. Slowly, Sohrab Modi fell in love with her and proposed her. Mehtab agreed only on the condition that she would not leave her son Ismail. Sohrab didn’t find any problem in that and they got married on the birthday of Mehtab, 28 April 1946. Sohrab Modi’s family didn’t approve as they were Parsi and Mehtab was Muslim. Sohrab never interfere in Mehtab’s career or religion. Mehtab had a son from Modi named Mehli who was brought up as Parsi. Modi sent both her sons abroad to study.Sohrab Modi died on 28 January 1984 due to cancer of the bone marrow. Mehtab’s both sons have settled abroad, though she spent her life in Cuff Parade, Mumbai till her death. Mehtab passed away on April 10, 1997, in Mumbai. (Kind courtesy: Sonal Pandya @www.cinestaan.com)