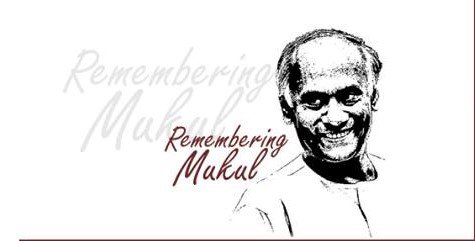 Who fought for 2002 riot victims

Mukul Sinha  was a human rights activist and a lawyer at Gujarat High Court at Ahmedabad. He was an active trade union leader and a trained physicist. He fought cases for the families affected by the alleged “fake encounters” (charges of terrorism surrounding violence during the riots) in Gujarat, and in Manipur when he secured convictions of the politicians and police officers involved. He was the co-founder and president of Jan Sangharsh Manch,  an independent civil rights organization developed to address issues of labour and workers rights as well as a vocal critic of Narendra Modi.
He was born in 10 February 1951 on Calcutta Now  Kolkata. Completing his undergraduate studies at Bilaspur, he graduated from IIT Kanpur in Physics, then joined the Physical Research Laboratory (PRL) in Ahmedabad in 1973 for doctoral research. He became involved with social activism upon the expulsion of workers at PRL in 1978. He organized the workers to fight for their rights, founding the Federation of Employees of Autonomous Research and Development, Education and Technical Institutes (FEARDETI), although this cost him his job in 1979. He completed a law degree in 1988 and joined the Gujarat High Court in 1989. He co-founded Jan Sangharsh Manch in 1990 under the aegis of the New Socialist Movement and organized a group of lawyers and individuals from various professions to work pro-bono on various issues of the common-man ranging from trade-unions, housing, environment, natural calamities, and civil rights. His recommendations following the 2001 Bhuj earthquake entitled “Kutch Quake Profile”resulted in an injunction from the court to incorporate earthquake resistant structures in the state.

Gujarat state experienced communal violence against the Hindus by radical terrorist Muslims, some Congress affiliated Muslim organisations and then as a retaliation violence against Muslim community immediately followed because of events like Godhra train massacre of Hindus  With Jan Sangharsh Manch, he participated in the Government of Gujarat appointed Nanavati-Mehta Commission to seek justice for the victims. As a party, he managed to obtain mobile phone ‘call data records’ (CDR) submitted by Indian Police Service officer Rahul Sharma (Gujarat police). A thorough analysis of these records enabled lawyers, activists and victims to cite the data, implicating a number of political leaders and police officers. The call data records of Maya Kodnani along with Babu Bajrangi were crucial evidence corroborating the claims of Naroda Patiya massacre victims. Ultimately the special court convicted them for their role in the riots.

He twice contested for Gujarat Assembly elections. Once under the banner of his own political party New Socialist Movement in 2007, and secondly as an independent candidate in 2012. The former was fought from a Muslim dominated constituency Shahpur and latter was from Sabarmati in Ahmedabad. He lost both elections, securing only a few votes.

Sinha died from lung cancer on 12 May 2014. He is survived by his wife Nirjhari Sinha, and his biological son Pratik Sinha, who runs a fact checking portal altnews.in. According to his wishes, his body was donated to Ahmedabad Civil Hospital for cancer research.

Posthumously, an emotional piece about the loss and legacy of Mukul Sinha was written in DNA. He was posthumously awarded the second Bhagirath Human Rights Award (BHRA) by the Bhagirath Memorial Fund Committee set up at the Centre for Social Studies (CSS), Veer Narmad South Gujarat University, Surat. Activist Jignesh Mevani worked under Sinha’s mentor-ship before becoming MLA from Vadgam, Gujarat.Agency.