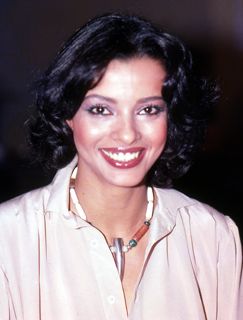 Persis Khambatta was an n model and actress who played Lieutenant Ilia in the feature film Star Trek: The Motion Picture (1979).

Persis Khambatta was born in Bombay(2 October 1948) Her father left her family when she was two years old. She first gained fame when a set of her pictures casually taken by a well-known Bombay photographer was used for a successful campaign for a popular soap brand. This eventually led to her becoming a model. She entered and won the Femina Miss India contest in 1965. She was the second winner of Femina Miss India and third Indian woman to participate in the Miss Universe pageant. At the Femina Miss India contest, she also won the Miss Photogenic award. 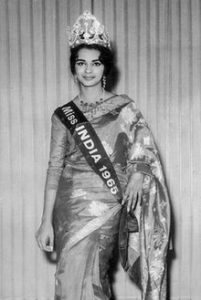 Khambatta’s first appearance at age 13 in advertisements for the soap brand Rexona set her on her way to becoming a popular model. At age 17, as Femina Miss India, Khambatta entered Miss Universe 1965, dressed in off-the-rack clothes she bought at the last minute. She became a model for companies such as Air India, Revlon, and Garden Vareli.

Khambatta made her Hollywood début in director K. A. Abbas’s Bambai Raat Ki Bahon Mein (1968), playing cabaret singer Lily who croons the film’s title track. She had small roles in Conduct Unbecoming and The Wilby Conspiracy (both 1975). She went on to have a brief movie career that included the role for which she is most recognized, the bald Deltan navigator Lieutenant Ilia, in Star Trek: The Motion Picture (1979). She shaved her head for the role. She was originally signed to play the role for five years, as the intention was to create a new Star Trek television series. Khambatta said that she was thrilled when the project became a movie instead, because it would have greater impact on her career, but she also recognised that she had lost five years’ work. Khambatta became the first Indian citizen to present an Academy Award in 1980. She was nominated for Saturn Award for Best Actress for her role in Star Trek. This led to roles in Nighthawks (1981), Megaforce (1982), Warrior of the Lost World (1983), and She-Wolves of the Wasteland (1988). She was considered for the title role in the James Bond film Octopussy (1983), but was passed over in favor of Maud Adams.

In 1980, Khambatta was seriously injured in a car crash in Germany, which left a huge scar on her head. In 1983, she underwent coronary bypass surgery. She returned to Bombay in 1985, and appeared in the Hindi television series Shingora opposite Aditya Pancholi and Marc Zuber. Soon after, Khambatta returned to Hollywood and performed in guest roles on various television series such as Mike Hammer and MacGyver. In 1997, she wrote and published a coffee table book, Pride of India, which featured several former Miss India winners. The book was dedicated to Mother Teresa, and part of the royalties went to the Missionaries of Charity. Her final appearance in an acting role was that of Chair of the Congress of Nations in the 1993 pilot episode of Lois and Clark: The New Adventures of Superman.

She married Hollywood actor Cliff Taylor only weeks after meeting him in June 1981. Two months later they filed for divorce.

In 1983, Khambatta underwent coronary bypass surgery. In 1998, Khambatta was taken to the Marine Hospital in south Bombay, complaining of chest pains, and she died of a massive heart attack on 18 August 1998 at the age of 49. Her funeral was held in Bombay the following day.In 1999, the Persis Khambatta Memorial Award was created to honour Khambatta’s memory. With a scholarship and trophy depicting her in her role in Star Trek, the award is awarded annually to the top graduating student of the National Institute of Fashion Technology. To date, 19 awards have been presented. The award was designed and funded by Sanjeev Chowdhury, former Vice-Consul of Canada at the Canadian Consulate in Mumbai, who was Khambatta’s best friend and the last to dine with her prior to her death.Agency