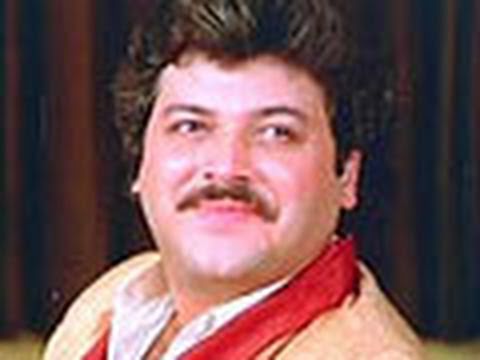 #RajKiranMehtani ( 5 February 1949) is a actor.Karz and Arth were two of his most memorable movies.He disappeared from the industry and was thought to be living as a recluse in America for many years. Actor Rishi Kapoor found him in Atlanta in an asylum where he is living due to a mental illness.Recently, his daughter issued a public statement negating the reports of Raj Kiran being found in Atlanta.One of his last appearances was in the TV serial Reporter with Shekhar Suman in 1994.
In a heart-rending revelation, Rishi Kapoor tells us that the missing actor, his co-star in Karz is alive, living in a mental asylum and fending for himself.It was an unwelcomed plan by destiny. He played the supportive friend to Shabana Azmi in Mahesh Bhatt’s Arth, and made Tum itna jo muskura rahe ho a legendary song with the actress. The actor Raj Kiran, who can immediately be recalled as the one who played Rishi Kapoor’s ‘pre-incarnation’ in Subhash Ghai’s Karz was at the peak of his career in 1970s and 80s, went missing for almost a decade and then later was assumed dead even by friends.While most had accepted the worst, acquaintance Rishi Kapoor didn’t give up.He decided to locate the missing actor. And on his recent trip to the USA, Kapoor did what he resolved to do. He found out Raj Kiran, alive in a mental institution in Atlanta.
More than a month ago, Deepti Naval had posted on her FB wall, “Looking for a friend from the film world his name is Raj Kiran – we have no news of him – last heard he was driving a cab in NY city if anyone has any clue, please tell . . .” She was frantically searching for her friend and colleague. Now for everyone like Deepti, here is a piece of important and awakening news.
For someone who is remembered as an engaging, polite and cultured actor, it was shocking that his rumoured death could gather momentum so easily. During his trip, Rishi Kapoor met the missing actor’s brother Govind Mehtani. Says Rishi, “I’ve been wondering where Raj had disappeared.
The question was haunting me for a very long time. Then these rumours of Raj being no more began doing the rounds. I was really disturbed. How can a colleague with whom I shared some really good times, just vanish from the face of earth? I decided to look up Raj’s elder brother Govind Mehtani to find out about Raj.”
It was then that the shocking truth about Raj Kiran spilled out. Says Rishi emotionally, “I was so relieved when Govind told me Raj was alive. But he was confined to an institution in Atlanta due to health problems.” What’s perturbing is that his family too has more or less left Raj to his own devices.
He pays for his own treatment in Atlanta. Says Rishi, “Yes, apparently, he looks after his own treatment by working within the institution. It’s a heart-rending situation for an actor who was so successful at one time. But I’m just happy to know he’s alive.
Raj was very well read and clever with his repartees. I used to enjoy our sparring sessions when we worked together. Though he’s younger to me, we always got along really well. I miss him.”
It appears that his wife with their son abandoned him at some unknown point, the shock of which he couldn’t bear. The rest of his family too didn’t bother, seemingly because his mood swings were intolerable and then it was far too expensive for them to get him treated.
It seems Raj went through a series of domestic crises which left him in a state of acute depression. He was apparently institutionalised in India before he left for the US where he now lives.His family including his elder brother Govind and younger Ajit, are not in touch with him. When Rishi asked Govind for Raj’s phone number, the brother didn’t have it! Says Rishi, “I wanted to speak to Raj and visit him in Atlanta. But I couldn’t get his contact number. I’m definitely going to visit him and urge him to return home.
Though Raj has not been working for a long time, he invested well. So he was not financially challenged by his illness.”
The actor, whose dazzling smile had lit up many potboilers for two decades, giving remarkable performances in films like B R Ishaara’s Kaagaz Ki Nao, Ghar Ho To Aisa with Anil Kapoor, Meenakshi Sheshadri and Deepti Naval and Kaaran apart from Subhash Ghai’s hit Karz and Mahesh Bhatt’s critically acclaimed Arth in the 1980s, had vanished for almost a decade.
The Raj Kiran I Knew… I had worked with Raj Kiran in Arth and at that time he had never given me a reason to believe that he would ever suffer from such an organic problem. But then years later we heard about bizarre incidents that happened in Bangalore.
He had gone to Puttaparthi and there he apparently, tried to scale a wall and got violent and was accused to have attempted to assassinate Sai Baba. He was brought back to Mumbai where he was kept in a Byculla asylum.I had gone to meet him there. Some time after that I heard his brother took him to the USA. Now I hear that he in Atlanta and again in an asylum. I had experienced Parveen going through these breakdowns. And it got worse with each breakdown.It hurts when we see someone being reduced to such a human wreck. You actually mourn at your helplessness. with Agency Inputs.First Published on 5-02-2017