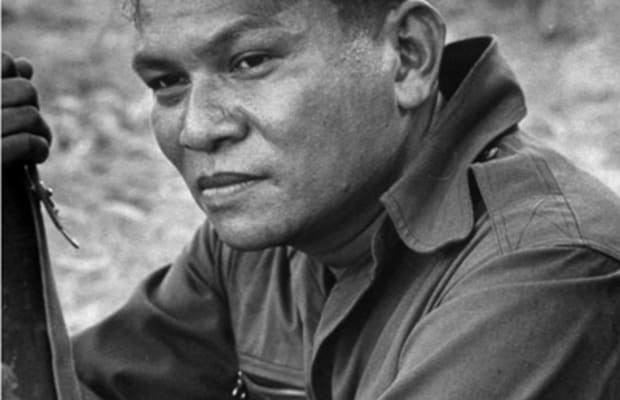 Who Was Ramon Magsaysay?

Posted By: Swapnil Sansaron: August 31, 2020In: ENGLISH NEWSNo Comments
Print Email
Ramon Magsaysay became the seventh president of the Philippines in 1953 and is credited with restoring law and order during the Philippine crisis of the 1950s.Ramon Magsaysay was the seventh president of the Philippines (1953–57), best known for successfully defeating the communist-led Hukbalahap (Huk) movement in his country and his popular appeal. He died in his country in 1957.
Ramon Magsaysay was born Ramon del Fierro Magsaysay in Iba, a city in the Philippines, on August 31, 1907. After attending the University of the Philippines, Magsaysay transferred to the Institute of Commerce at José Rizal College (1928-1932), where he received a bachelor’s degree in commerce.At the start of World War II, Magsaysay joined the motor pool of the 31st Infantry Division of the Philippine army. He was promoted to captain, and was involved in clearing the Zambales coast of the Japanese before to the landing of American forces there.
Magsaysay was elected to the Philippine House of Representatives in 1946, and was later re-elected to a second term. During both terms, he was chairman of the House National Defense Committee.In 1950, Philippines President Elpidio Quirino appointed Magsaysay secretary of defense to deal with the threat of the Huks, whose leader, Luis Taruc, had called for the overthrow of the government. Magsaysay reformed the army, dismissing many officers and emphasizing mobility and adaptability in combat operations against the Huk guerrillas—tactics that he had learned in his own guerrilla efforts against the Japanese in World War II.

From then until 1953, Magsaysay carried out one of the most effective anti-guerrilla campaigns in modern history; by 1953, the Huks were no longer a serious threat. Unfortunately, Magsaysay’s sweeping measures had made many enemies for him within the government, and he resigned on February 28, 1953, later charging the Quirino Administration with corruption and incompetence.

Although Magsaysay was a liberal, the Nacionalista Party backed him for the presidency against Quirino in the 1953 elections, and Magsaysay prevailed. He promised reform in nearly every segment of Filipino life, but he was often thwarted by a congress that only represented the interests of the wealthy.Magsaysay did manage to enact agrarian reform, giving some 90,000 acres to 4,500 indigent families for settlement/farming purposes. He also set up a process to hear and address citizen grievances, and maintained a reputation for incorruptibility throughout his presidency, all of which went a long way toward ensuring his popularity.

Sadly, Ramon Magsaysay’s term came to an abrupt end on March 17, 1957, when his presidential plane crashed, killing Magsaysay and 24 other passengers. An estimated 5 million people attended Magsaysay’s burial on March 31, 1957, and afterward, he was referred to in the Philippines as the “Idol of the Masses.”

In his honor, the Ramon Magsaysay Award, considered “Asia’s Nobel Prize,” was established in 1957. In the spirit of Ramon Magsaysay’s leadership, the award recognizes integrity and courage among individuals and organizations in Asia.Agency