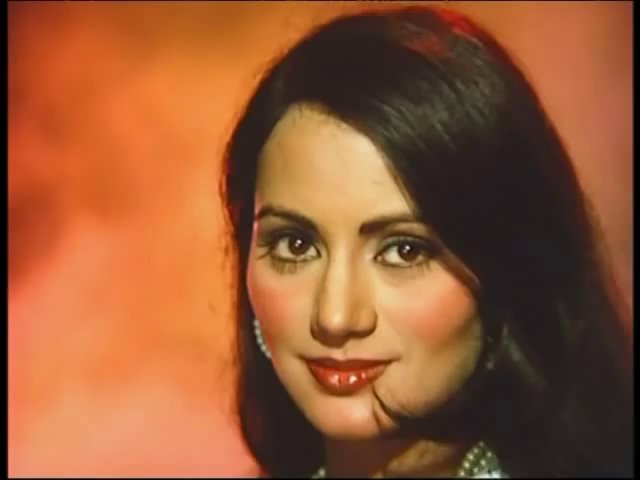 #Ranjeeta “Robby” Kaur (born 22 September 1956) is a actress. She was trained at FTII. She has appeared in around 47 films.
Ranjeeta was born in Punjab. Her sister Rubina also acted in films.She married Raj Masand and has a son named Sky. Ranjeeta lives with her husband Raj and son Sky in Norfolk, Virginia, US. They own a series of 7-Eleven stores in Virginia. Sky is a famed Table Tennis player and studies in college in the US.She was associated with an International School in Pune, handling Public Relations in the mid 2000’s, before moving to the US.Ranjeeta Masand returns to the movies in August 2011, with Rajshri Productions’ Jaana Pehchaana, a sequel to Ankhiyon Ke Jharokhon Se, directed by her co-star Sachin.
Ranjeeta started her film career as the lead opposite Rishi Kapoor in the movie Laila Majnu (1976). Subsequently, she acted in hits like Pati Patni Aur Woh (with Sanjeev Kumar) and Ankhiyon Ke Jharokhon Se (with Sachin). She made a famous team with Mithun Chakravorty in films such as Surakshaa. She also was one of Amitabh Bachchan’s heroines in Satte Pe Satta.
She appeared in Ek Main aur Ek Tu opposite Rajeev Tandon (Raveena Tandon’s brother) as well as in Pahlaj Nihalani’s movie. Ranjeeta was very closely associated with the Rajshri family having churned out so many hits like Taraana, Ankhiyon Ke Jharokhon Se etc.
She starred with Raj Babbar, Raj Kiran, Deepak Parashar,Vinod Mehra, Amol Palekar and many other heroes, but her most famous pairing was with Mithun Chakraborty. Recently, she has signed a new movie Zindagi Tere Naam opposite her yesteryears famous on-screen hero Mithun Chakraborty. She had also debuted on Television years back but withdrew quickly. Currently, she resides with her family in Virginia.Agency