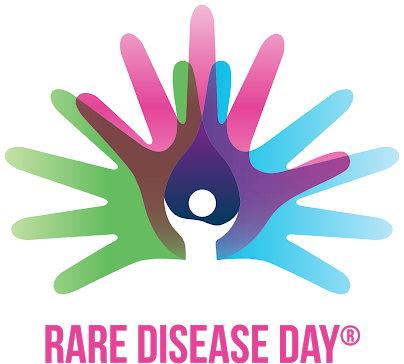 28 February 2021 will be the fourteenth international Rare Disease Day coordinated by EURORDIS. On and around this day hundreds of patient organisations from countries and regions all over the world will hold awareness-raising activities.

There are over 300 million people living with one or more of over 6,000 identified rare diseases around the world1, each supported by family, friends and a team of carers that make up the rare disease community.

Each rare disease may only affect a handful of people, scattered around the world, but taken together the number of people directly affected is equivalent to the population of the world’s third largest country.

Rare diseases currently affect 3.5% – 5.9% of the worldwide population.72% of rare diseases are genetic whilst others are the result of infections (bacterial or viral), allergies and environmental causes, or are degenerative and proliferative.70% of those genetic rare diseases start in childhood.A disease defined as rare in Europe when it affects fewer than 1 in 2,000 people.

Over 6000 rare diseases are characterised by a broad diversity of disorders and symptoms that vary not only from disease to disease but also from patient to patient suffering from the same disease.

Relatively common symptoms can hide underlying rare diseases leading to misdiagnosis and delaying treatment. Quintessentially disabling, the patients quality of life is affected by the lack or loss of autonomy due to the chronic, progressive, degenerative, and frequently life-threatening aspects of the disease.

The fact that there are often no existing effective cures adds to the high level of pain and suffering endured by patients and their families.

Rare Disease Day raises awareness for the 300 million people living with rare disease around the world and their families and carers.

The long-term cause of the Rare Disease Day campaign is to achieve equitable access to diagnosis, treatment, health and social care and social opportunity for people affected by a rare disease.

Important progress continues to be made with joint international advocacy efforts for universal health coverage (UHC), part the United Nation’s Sustainable Development Goals (SGDs) to advocate for equitable health systems that meet the needs of people affected by rare diseases in order to leave no one behind.

Rare Disease Day is the opportunity advocate for rare diseases as a human rights priority at local, national and international level as we work towards a more inclusive society..Agency.