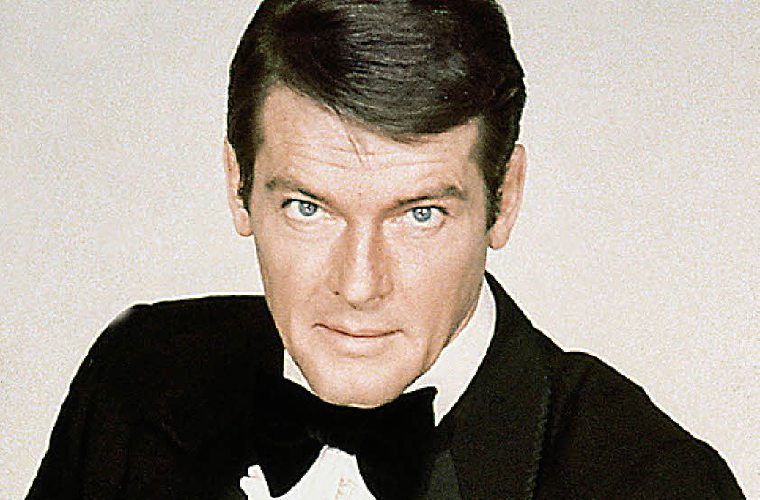 Posted By: Swapnil Sansaron: May 23, 2021In: Hollywood'sNo Comments
Print Email

Agency.Sir Roger George Moore KBE ,was an English actor. He was the third actor to play the British secret agent James Bond in seven feature films between 1973 and 1985 and Simon Templar in The Saint between 1962 and 1969.

Roger Moore was born on 14 October 1927 in Stockwell, London. He was the only child of George Alfred Moore (1904-1997), a policeman (PC168E based in Bow Street, London), and Lillian “Lily” (Pope; 1904-1986). His mother was born in Calcutta, India, to an English family. He attended Battersea Grammar School, but was evacuated to Holsworthy in Devon during the Second World War, and attended Launceston College in Cornwall. He was further educated at Dr Challoner’s Grammar School in Amersham, Buckinghamshire.

oore was apprenticed to an animation studio, but was fired after he made a mistake with some animation cels. When his father investigated a robbery at the home of film director Brian Desmond Hurst, Moore was introduced to the director and hired as an extra for the 1945 film Caesar and Cleopatra. While there, Moore attracted an off-camera female fan following, and Hurst decided to pay Moore’s fees at the Royal Academy of Dramatic Art. Moore spent three terms at RADA, where he was a classmate of his future Bond co-star Lois Maxwell, the original Miss Moneypenny. During his time there, he developed the Mid-Atlantic accent and relaxed demeanour that became his screen persona.

At 18, shortly after the end of the Second World War, Moore was conscripted for national service. On 21 September 1946, he was commissioned into the Royal Army Service Corps as a second lieutenant. He was given the service number 372394. He was an officer in the Combined Services Entertainment section, eventually becoming a captain commanding a small depot in West Germany. There he looked after entertainers for the armed forces passing through Hamburg.

Sir Roger Moore died on 23 May 2017 after losing the battle from a long lasting cancer. Moore took over the role of Bond from Sean Connery in 1972, and made his first appearance as 007 in Live and Let Die (1973). The longest serving Bond to date, Moore portrayed the spy in seven more films: The Man with the Golden Gun (1974), The Spy Who Loved Me (1977), Moonraker (1979), For Your Eyes Only (1981), Octopussy (1983), and A View to a Kill (1985). Appointed a UNICEF Goodwill Ambassador in 1991, Moore was knighted by Queen Elizabeth II for “services to charity” in 2003. In 2008, the French government appointed Moore a Commander of the Ordre des Arts et des Lettres, and the same year he received a star on the Hollywood Walk of Fame in 2008. He is interred at Cimetiére de Monaco in Monaco.