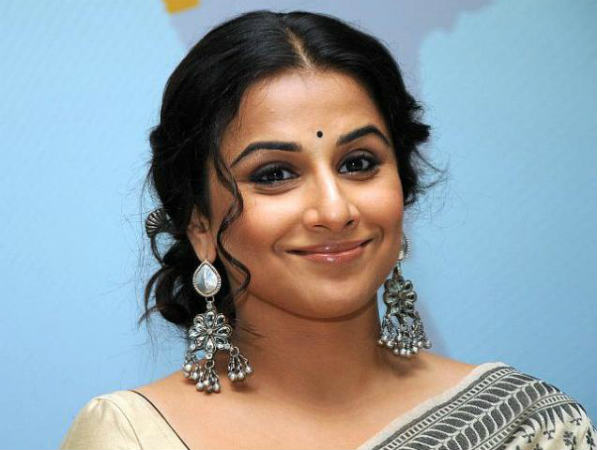 Vidya Balan  is an  actress. Known for pioneering a change in the portrayal of women in Hindi cinema with her roles in female-led films, she is the recipient of several awards, including a National Film Award and six Filmfare Awards. She was awarded the Padma Shri by the Government of India in 2014.

Vidya aspired to a career in film from a young age and had her first acting role in the 1995 sitcom Hum Paanch. She pursued a master’s degree in sociology from the University of Mumbai and simultaneously made several unsuccessful attempts to start a career in film. She subsequently featured in television commercials and music videos. In 2003 she made her feature film debut by starring in the independent Bengali drama Bhalo Theko. Vidya subsequently received praise for her first Hindi film, the drama Parineeta, and followed it with a leading role in the top-grossing comedy film Lage Raho Munna Bhai (2006).

This breakthrough was followed by roles in the romantic comedies Heyy Babyy (2007) and Kismat Konnection (2008) which had negative reviews. Vidya went on to establish herself by playing five consecutive roles to critical acclaim in the 2009 drama Paa, the 2010 black comedy Ishqiya, the 2011 semi-biographical thriller No One Killed Jessica, the 2011 biopic The Dirty Picture, and the 2012 thriller Kahaani, winning several awards for each of them. She followed this with a series of films that performed poorly at the box office, although her performance in Kahaani 2: Durga Rani Singh (2016) was praised. This changed when she starred as a radio jockey in Tumhari Sulu (2017) and a scientist in Mission Mangal (2019). The latter ranks as her highest-grossing release.

Vidya also promotes humanitarian causes and supports the empowerment of women. She is a member of the Indian Central Board of Film Certification and hosts a radio show. She initially drew criticism for her fluctuating weight and dress sense, but was later credited in the media for her unconventionality. Vidya is married to the film producer Siddharth Roy Kapur.

Vidya Balan was born on 1 January 1979 in Bombay (present-day Mumbai), to parents of Tamilian descent. Her father, P. R. Balan, is the executive vice-president of Digicable and her mother, Saraswathy Balan, is a homemaker. According to Vidya, they speak a mix of Tamil and Malayalam at home. Her elder sister, Priya Balan, works in advertising. The actress Priyamani is her second cousin.

Vidya grew up in the suburban neighbourhood of Chembur, Mumbai and attended St. Anthony Girls’ High School. From a young age, she aspired to a career in film and was inspired by the work of actors Shabana Azmi and Madhuri Dixit. At the age of 16, she starred in the first season of Ekta Kapoor’s sitcom Hum Paanch as Radhika, a bespectacled teenager. After the series ended, Vidya refused director Anurag Basu’s offer to star in a television soap opera, as she wanted to concentrate on a film career. Her parents were supportive of the decision but encouraged her to complete her education first. She attended St. Xavier’s College to pursue a bachelor’s degree in sociology and later earned a master’s degree from the University of Mumbai.

While pursuing her master’s degree, Vidya was cast as the female lead in the Malayalam film Chakram, opposite Mohanlal and was subsequently signed on for 12 other Malayalam language films. However, due to production difficulties, Chakram was shelved. The postponement of a film starring Mohanlal was an unheard occurrence in Malayalam cinema and producers blamed Vidya for bringing “bad luck” to the project; labelled her as a “jinx”; and replaced her in the films that she had been contracted for. She shifted focus to Tamil cinema. In 2001, she was cast as the female lead in N. Linguswamy’s Run (2002). However, after completing the first shooting schedule, she was unceremoniously dropped and replaced by Meera Jasmine. She was signed up under false pretences for a sex comedy, a genre she was uncomfortable with, and decided to leave the project. Thereafter, she signed on for a third Tamil film, Manasellam (2003), but was replaced by Trisha as the director was dissatisfied with her work. Kalari Vikraman, another Malayalam film that she completed work for in 2003, failed to get a theatrical release. After failing to start a film career, Vidya appeared in approximately 60 television commercials and in music videos for Euphoria and Shubha Mudgal; a majority of these were directed by Pradeep Sarkar.