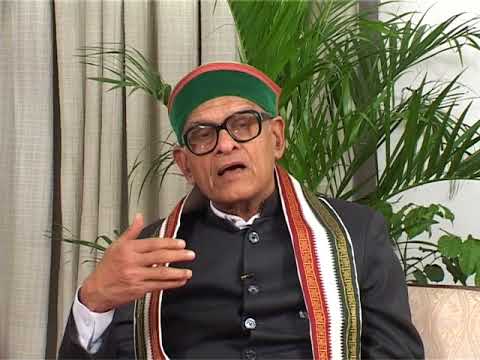 Vishnu kant shastri(2 May 1929 ) was an politician who served as the governor of Uttar Pradesh and Himachal Pradesh. He was also an academician, scholar, poet, philosopher, author, critic, orator, editor and administrator.

Associated with Rashtriya Swayamsevak Sangh, he entered active politics and served as a member of the West Bengal Legislative Assembly in 1977. He went on to become one of the founding members of the Bharatiya Janata Party in 1980 and a member of the Rajya Sabha in 1992.

He was appointed Governor of Himachal Pradesh on 2 December 1999, serving until 23 November 2000 and, the following day, 24 November, was sworn in as Governor of Uttar Pradesh, where he served until 2004, less than a year before his death.

Two weeks before his 76th birthday, Vishnu Kant Shastri was travelling on the Danapur Express to Patna, intending to provide a discourse on Gita, when he suffered a fatal heart attack( 17 April 2005) . He was married to Indira Devi from 26 January 1953 until her death in 1988. They had one daughter, Bharti Sharma, who survives him.Agency.