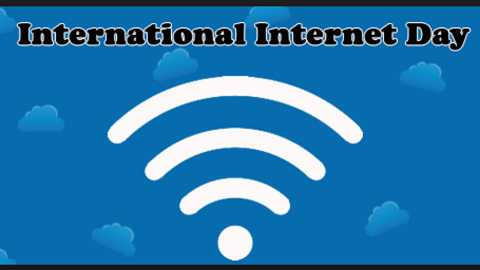 Internet Day aims to show the possibilities offered by new technologies to improve the standard of living of peoples and their citizens by giving them more understanding of technology and its functions.

The Internet Day initiative initially arose due to the Association of Internet Users, with other Spanish associations joining due to the opportunity to share what each one does to extend the Information Society to all citizens.

In Colombia the Colombian Association of Internet Users’ institutional mission is to promote awareness, knowledge, use and exploitation of Information Technologies and Communications and in particular the Internet in the country.

Chile is present from the first year the initiative began (2005), being the first country in Latin America to promote and celebrate Internet Day. In Chile, the organization responsible for developing this event is Internauta Chile, who through a Congress, created the Internauta Awards and have managed to position this activity through events nationwide. Projects include Digital Twinning, the “We speak the same e-language” campaign, itinerant Film Geek cycles, Academies of Cyber-Volunteers and Web Correspondents, and the Coordinating Unit of the Information Society, among others. Chile stresses the delivery of Internauta Awards, an award which is given to the techno-social initiatives developed in the country.

The Internet Day celebration in its first edition took place on October 25, 2005. On that date were held over 400 events in more than 8,000 locations in 31 provinces of 17 regions. More than 200 public and private entities signed the Declaration of Principles to build the Information Society, representing more than one million citizens.

Article 121 of the outcome document of the World Summit on the Information Society held in Tunis in November 2005, states that:Internet Day provides an opportunity to promote and facilitate access to the Information Society of the unconnected and the disabled. In addition, taking advantage of the experience acquired in Spain, it is to encourage Internet Day celebration in other countries, making available to those interested all the work, information and methodology developed by those who have participated in previous editions.

All the world is invited to participate in Internet Day. There are many ways to participate and contribute. In many cities events are created that commemorate said day, organized by companies, administrations and organizations of any type and size, that have to fulfill the following conditions: The event must bring the Information Society to the unconnected or disabled. The main event takes place on May 17. The event is made known in www.diadeinternet.org.
Additionally the organizers carry out statements to which individuals or groups can subscribe and grant Internet Day Awards, which aim to recognize the efforts of individuals and institutions to incorporate citizens to the Information Society, promote web accessibility, stimulate open participation of individuals and institutions and contribute to the dissemination of the event.

This celebration has its first antecedent in the celebration of World Telecommunication Day, an anniversary centered around the telecommunications profession and its professionals. Later in the 90s, the United States held its own “Internet Day” with the specific goal of connecting schools to Internet infrastructure. The day ceased to be celebrated once the problem of disconnected schools was solved.

In the mid-90s in France emerged La fête de l’internet, an event that is still celebrated annually in mid-March each year and is focused on francophone countries.

In 2004, the European Union established Safer Internet Day in order to raise awareness for the cause of making a more secure and reliable Internet. This action was supported by several EU countries and the event was held again in 2005.

Also in 2004, an Internet Day initiative emerged in Spain from a proposal from the Association of Internet Users, to which different organizations are added together, taking their first celebration of Internet Day 2005 25 October this year with remarkable success of participation.

Following the declaration in Tunisia, the organizers of Internet Day have set a date for its implementation on May 17 and will contribute within their means to develop this initiative in all countries of the world.Agency.