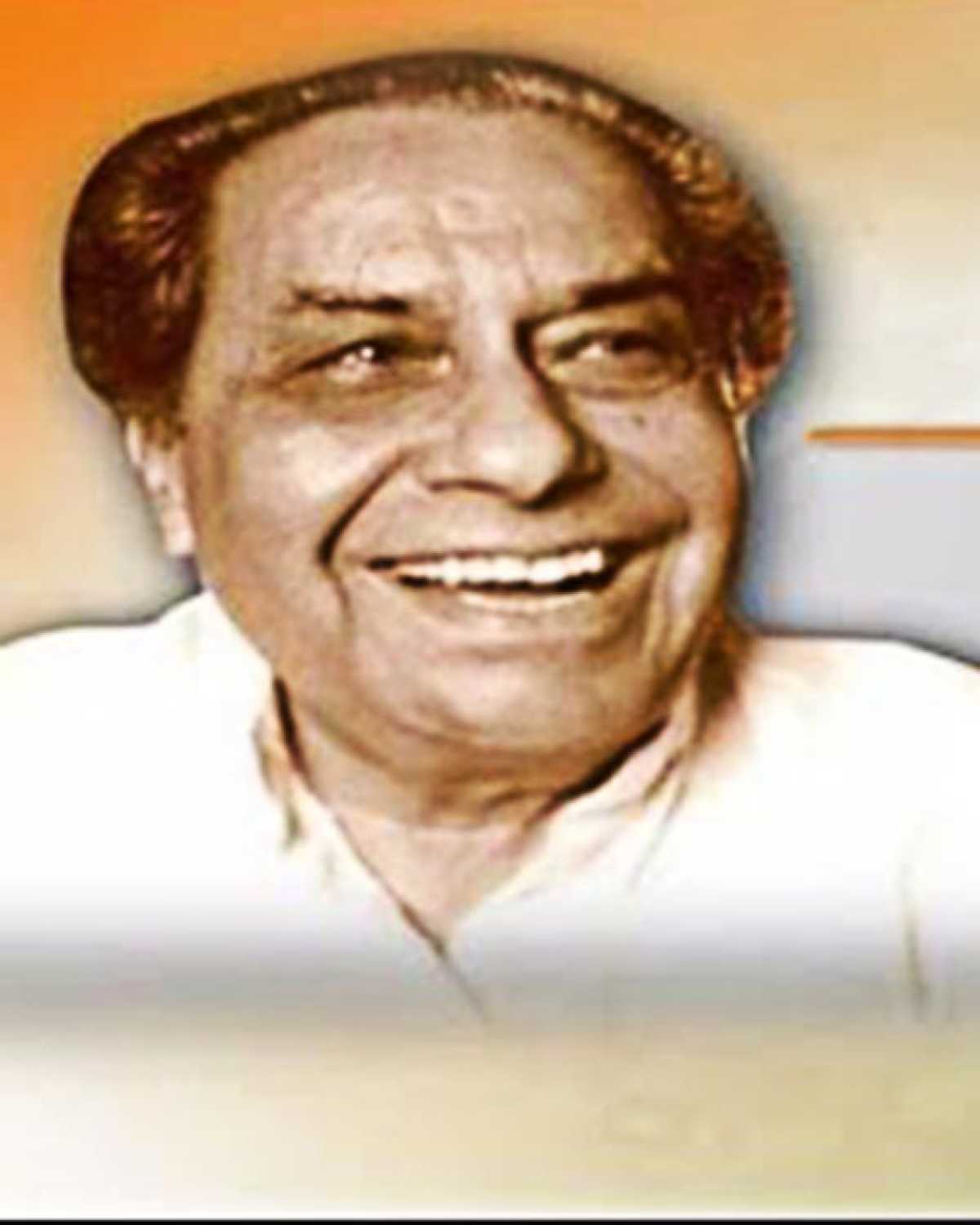 Agency.Born in Ambala on June 13, 1923, Prem Dhawan was to see many places in his childhood since his father, engaged in the service of the British empire as a Jail Superintendent, had a transferable job. Prem Dhawan went to College in Lahore, where his senior was the illustrious Inder Kumar Gujral, who later on became the Prime Minister of India. One of his classmates was the great poet-lyricist, Sahir Ludhianvi.The three took active interest in politics and also the college union, and Prem developed a passion for the freedom struggle. As we can see, this led him to write many patriotic songs. He joined the Communist Party of India, and participated in many actions against the British. Later he went to Mumbai to join the IPTA, and found this a platform to express the revolutionary ideas through songs, dances and writings. Here he came in contact with Pt. Ravi Shankar, under whom he learnt classical music. From Shanti Roy Bardhan,, who had broken away from Ravi Shankar’s elder brother the great Uday Shankar’s dance troupe, he learnt classical dance.Prem Dhawan joined the film industry as an assistant to music director Khurshid Anwar in Pagdandi (1946). He made his debut as a lyricist in Ziddi (1948). This movie also made history of sorts, with Kishore Kumar singing for Dev Anand for the first time – the song, Marne ki duayen kyoon maangoon, in typical Saigal style. The movie also had Lata’s Chanda re jaa re jaa re, a brilliant composition in Raga Chhayanat.
If one sees his rich repertoire of verses, one wonders why he was not considered in the same league as Shailendra, Hazrat, Sahir and Anand Bakshi. He had memorable partnerships with the doyens like Khemchand Prakash, Hans Raj Behl, Salil Chaudhuri, Anil Biswas, Ravi and Chitragupta. Some of his movies with the MDs are :Anil Biswas – Tarana (1951) and Hmdard (1953) Hans Raj Behl – Sawan, Miss Bombay, Resham, Miss Bombay, Miss Goodnight
Salil Chaudhury – Tangawali (1955), Jaagte Raho (1956) and Kabuliwala (1961) Ravi – Dus Lakh, Ek Phool Do Mali, Pyar ka Sagar, Ek Saal, Apna Ghar Chitragupta – Guset House, Baazigar, Rocket Girl, Kabhi Dhoop Kabhi Chaon, Bada Aadmi, Aadhi Raat ke Baad, Chalbaaz, Aplam Chaplam Prem Dhawan as Music director With the insistence of Manoj Kumar, Prem Dhawan turned music director with the movie Shaheed, where he came out with great music for songs written by himself – Aye watan aye watan, Mera rangde basanti chola, Sarfarosh hi tamanna (original lyrics by Ram Prasad Bismil). He came out with another top performance in the movie Pavitra Paapi, which had many lovely numbers, including Kishore Kumar’s Teri Duniya se hoke majboor chala, and Mohd, Rafi’s Allah re Allah kar pyaar bhai.Prem Dhawan also gave music to a few more movies like Naxalites, Veer Abhimanyu, Bharat ke Shaheed, Kisan Aur Bhagwan, Mera Desh Mera Dharam and Raat ke Andhere Mein.Prem Dhawan himself danced for a song with Cuckoo in the film Singaar (1949). He also did choreography in Naya Daur (Udein Jab Jab Zulfein Teri), Bimal Roy’s Do Bigha Zameen, Arzoo (1950), Dhool ka phool, Goonj Uthi Shehnai and Waqt.Although a detailed biography of the great artist is not within the writer’s scope and ability, the versataility of Prem Dhawan, as can be seen in his contributions to Hindi films as a lyricist, music director, dancer director and choreographer, places him in the top bracket. It is matter of great regret that he has not received his dues. He has not worked with top music directors of his time, nor was he associated with any big banner. So we see his works not reaching the masses. Often the gems have got lost in some obscure songs in some obscure movies. This is only an attempt to bring readers to search him out from the archives, and also a way of expressing my admiration to the great man, who passed away on May 7, 2001.