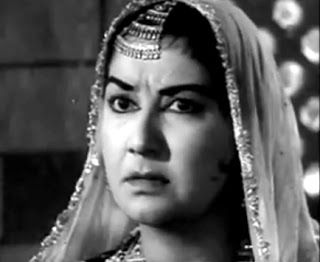 Manorama  was a Bollywood character actress known best for her role as the comical tyrant aunt in Seeta Aur Geeta (1972) and in films such as Ek Phool Do Maali (1969) and Do Kaliyaan (1968). She started her career as a child artiste in 1936 in Lahore, under the name Baby Iris. Thereafter, she made her debut as an adult actress in 1941, and performed to her final role in Water in 2005, her career extending over 60 years. Through her career she acted in over 160 films. After playing heroine roles in the early 1940s, she settled into playing villainous or comic roles. She played comic roles in superhit films such as Half Ticket appearing alongside Kishore Kumar and the legendary Madhubala. She gave memorable performances in Dus Lakh, Jhanak Jhanak Payal Baaje, Mujhe Jeene Do, Mehboob ki Menhdi, Caravan, Bombay to Goa and Lawaris.

Manorama suffered a stroke in 2007, though she recovered from it, she suffered from speech slurring and other complications. She died on 15 February 2008 in Charkop, Mumbai. She is survived by a daughter Rita Haksar. Rita did as heroine, but later got married to an engineer and settled in the gulf.in.pinterest.com photo