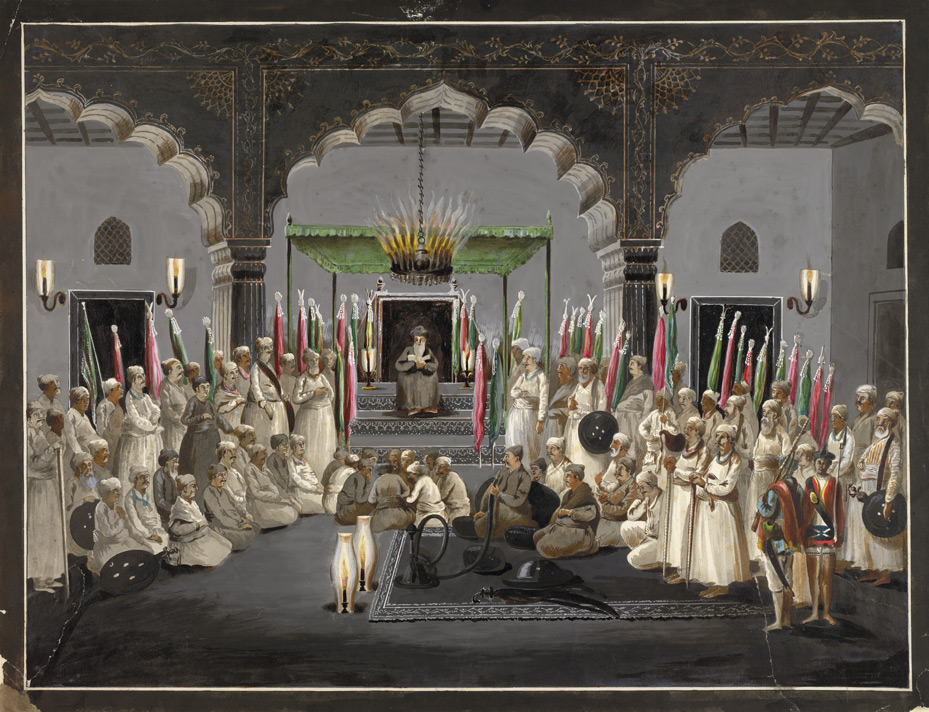 Azadari in Lucknow or Mourning in Lucknow, is name of the practices related to mourning and commemoration of the anniversary of the death of Imam Husayn ibn Ali at the Battle of Karbala in 680, particularly in period of Muharram (in the Indian sub-continent Muharram in the context of remembrance of the events of Karbala means the period of two months & eight days i.e. 68 days starting from the evening of 29 Zill-Hijjah and ending on the evening of 8 Rabi-al-Awwal and in general round the year.

The Government of Uttar Pradesh banned the processions in 1977 because of riots and violence. As a result of protests, demonstrations, court arrests, self immolations and deaths of Shia youth, under the leadership of shia ulemas, the Shias were permitted by the government to stage an Azadari procession in January 1998 (21st of Ramzan). A limited number of processions are allowed, and security is tight.

During Nawabi time Azadari practices were even observed by non-Shias, particularly Sunni Muslims of lower stratum. Sleeman, who spent considerable time in Lucknow notes that the Shias and the Sunnis participated with equal enthusiasm in practices of Muharram. Riots took place in 1908, 1930s, 1968, 1969, 1974 and 1977. The Government of Uttar Pradesh banned the processions in 1977.Even the Shias and Sunnis concede that the Shia-Sunni conflict in Lucknow is not long-standing. They date it back to start of the 20th century.

Following the ban in 1977 Shia leadership and community continued to agitate peacefully and annually offered mass arrests during period of Muharram. These practices for protests continued for 20 years until 1997 during which processions were banned on public roads while majalises and processions were allowed in private campuses such as homes, Imambarahs, Karbala, etc.

As of 2010 the district administration allows only a limited number of processions, and security is tight. On 17 December 2010 on day of Ashura Shia Sunni clash in Lucknow happened which left three injured.

In 2013, on 16 January two people were killed and several more seriously injured when gunmen fired shots at people coming out of a “majlis” at Deputy Saheb ka Imambara in Agha Mir Dyodhi locality in the Wazirganj. The next day, two youths were attacked at a protest while placing the body of one of the victims the Chowk crossing.