BREAKING NEWS
Home ENGLISH NEWS A Woman to Remember: The Queen of Jhansi 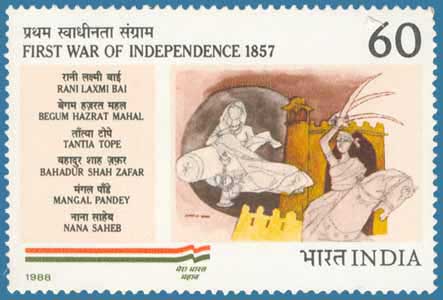 A Woman to Remember: The Queen of Jhansi

Lakshmi bai, the Rani of Jhansi (19 November 1828 – 18 June 1858) was the queen of the Maratha-ruled princely state of Jhansi, situated in the north-central part of India. She was one of the leading figures of the Indian Rebellion of 1857 and for Indian nationalists a symbol of resistance to the rule of the British East India Company in the subcontinent.Lakshmibai was born probably on 19 November 1828 in the holy town of Kāśi into a brahmin family. She was named Manikarnika and was nicknamed Manu. Her father was Moropant Tambe and her mother Bhagirathibai Tambe. Her parents came from Maharashtra. Her mother died when she was four. Her father worked for a court Peshwa of Bithoor district who brought Manikarnika up like his own daughter. The Peshwa called her “Chhabili”, which means “playful”. She was educated at home. She was more independent in her childhood than others of her age; her studies included archery, horsemanship, and self-defence.Manikarnika was married to the Maharaja of Jhansi, Raja Gangadhar Rao, in 1842, and was afterwards called Lakshmibai (or Laxmibai). She gave birth to a boy named Damodar Rao in 1851, but when he was four months old he died. The Raja adopted a child called Anand Rao, the son of Gangadhar Rao’s cousin, who was renamed Damodar Rao, on the day before he died. The adoption was in the presence of the British political officer who was given a letter from the raja requesting that the child should be treated with kindness and that the government of Jhansi should be given to his widow for her lifetime. After the death of the raja in November 1853 because Damodar Rao was adopted, the British East India Company, under Governor-General Lord Dalhousie, applied the Doctrine of Lapse, rejecting Damodar Rao’s claim to the throne and annexing the state to its territories. In March 1854, Lakshmibai was given a pension of Rs. 60,000 and ordered to leave the palace and the fort.