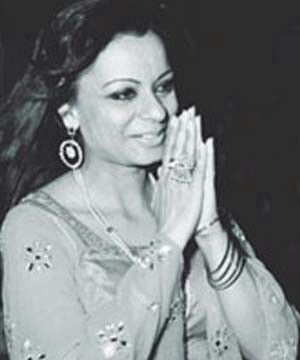 Rehana Sultan,  is an film actress best known for her debut role in the 1970 acclaimed film Dastak which won her the National Film Award for Best Actress. A graduate of FTII, Pune, she is also known for another bold role in the film Chetna (1970), which got her type casted thus ended her film career, despite its promising start.

Born on 19 November 1950 and raised in Allahabad to Bahá’í parents, she graduated from the High School in 1967, and got selected in the same year to study acting at the FTII in Pune.After she graduated with a sexy role in Vishwanath Ayengar’s diploma film Shadi Ki Pehli Salgirah (1967),she got her break in a feature film in Rajinder Singh Bedi’s film Dastak (1970), making her the first actress from the Institute to land a lead role in the film industry.She won the National Film Award for her role in that film. In the same year she also played the lead role in the film Chetna which was shot in 28 days along with the shooting of Dastak. That film was about the rehabilitation of prostitutes, and her role changed the portrayal of sex workers in Hindi cinema.
Her sexy roles brought her success but also limited her choice of roles in future films. She landed not too many films including Haar Jeet (1972), Prem Parvat (1973), and the famous political satire Kissa Kursi Ka (1977). After starring in Vijay Anand’s Hum Rahen Na Rahen (1984) along with Shabana Azmi, she got married in 1984 to writer-director B. R. Ishara, who had directed her second film Chetna. She appeared in a television series for ETV. The couple lives in Mumbai.She appeared also in a Punjabi movie Putt Jattan De(1981) with Shatrughan Sinha.Agency