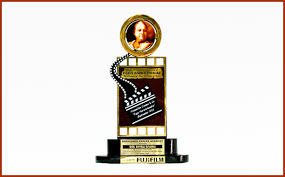 The Father Of Indian Cinema

.Dhundiraj Govind Phalke, born in a Marathi Chitpavan Brahmin family and popularly known as Dadasaheb Phalke (30 April 1870 – 16 February 1944) was an producer-director-screenwriter, known as the father of Indian cinema. Starting with his debut film, Raja Harishchandra in 1913, now known as India’s first full-length feature, he made 95 movies and 26 short films in his career spanning 19 years, till 1937, including his most noted works: Mohini Bhasmasur (1913), Satyavan Savitri (1914), Lanka Dahan (1917), Shri Krishna Janma (1918) and Kaliya Mardan (1919).The Dadasaheb Phalke Award, for lifetime contribution to cinema, was instituted in his honor by the Government of India in 1969. The award one of the most prestigious awards in Indian cinema and is the highest official recognition for film personalities in the country. A postage stamp, bearing his face, was released by India Post to honour him in 1971.Agency.