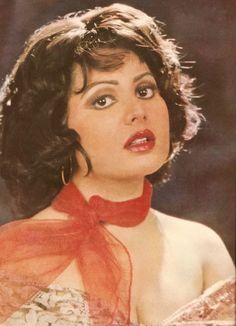 Swapnil Sansar. Sulakshana Pratap Narain Pandit is a Filmfare Award winning playback singer and actor. Her brothers are the composing duo Jatin Lalit and her younger sister is Vijeta Pandit who achieved fame with her debut movie Love Story. Her uncle is the accomplished classical vocalist Pandit Jasraj.
Sulakshana’s career as heroine spanned the 1970s and early ’80s. As a leading lady she worked with Jeetendra, Sanjeev Kumar, Shammi Kapoor, Amitabh Bachchan, Rajesh Khanna, Vinod Khanna, Rishi Kapoor, Raj Babbar and Rakesh Roshan. Her acting career began with the suspense thriller Uljhan in 1975 opposite Sanjeev Kumar.
In Anil Ganguly’s Sankoch (1976) which was based on the novel Parineeta she portrayed Lolita. Some of her popular hit films are Uljhan, Hera Pheri, Apnapan, Sankoch, Khandaan, Raaz, Thief of Baghdad, Chehre Pe Chehra, Dharam Kanta and Waqt Ki Deewar.
She acted in a Bangali movie, Bondie, where she was paired opposite Uttam Kumar.
Sulakshana had a singing career alongside her acting one. She began her as a child singer singing the popular song “Saat Samundar Paar se” with Lata Mangeshkar in the 1967 film Taqdeer. Thereafter, she recorded with famed musicians like Hemant Kumar and Kishore Kumar. She sang in Hindi, Bengali, Marathi, Oriya and Gujarati. Some of her popular songs are listed in the Filmography section below.
In 1980 she released an album titled Jazbaat (HMV), wherein she rendered ghazals.
She sang duets with accomplished singers like Lata Mangeshkar, Mohd. Rafi, Kishore Kumar, Shailender Singh, Yesudas, Mahendra Kapoor and Udit Narayan. She sang under music directors like Shankar Jaikishan, Laxmikant Pyarelal, Kalyanji Anandji, Kanu Roy, Bappi Lahiri, Usha Khanna, Rajesh Roshan, Khayyam, Rajkamal and several others.
Sulakshana born on 12 July 1954 & she”s comes from a musical family originating from Pili Mandori Village in Hissar (now Fatehabad) district of Haryana state. Pandit Jasraj is her uncle. She started singing at the age of 9. Her elder brother Mandheer Pandit (who was earlier a music composer in the 1980s with Jatin Pandit, better known as Mandheer – Jatin) was her constant companion in Mumbai; they performed and sang on stage until Sulakshana became a leading playback singer through many of their live concerts with legends like Kishore Kumar and Mohammad Rafi.
She has three brothers (Mandheer, Jatin and Lalit Pandit) and three sisters (Maya, Sandhya and Vijeta Pandit). Her father Pratap Narain Pandit was an accomplished classical vocalist. Her nephew Yash Pandit is an Indian television actor. Nieces Shradha Pandit and Shweta Pandit are playback singers.
Sulakshana has never been married. Actor Sanjeev Kumar turned down her marriage proposal, because he never got over his heartbreak after actress Hema Malini rejected him to marry her frequent co-star Dharmendra.
She fell on hard times when she stopped getting work. In 2002, she was living in an apartment with no furniture and that required serious repairs.She was forced to put it up for sale. It remained on the market for several months, until her former leading man Jeetendra came to her rescue by convincing his brother-in-law to purchase the flat. From the proceeds of the sale, she was able to pay off her debts and purchase three apartments.Her sister Vijeta Pandit and brother-in-law, music composer Aadesh Shrivastava, sold her house; now she lives with them.Aadesh has indicated that he was composing a devotional album for Sulakshana, but he has failed to do anything yet.
Filmfare Best Female Playback Award in 1975 for the song “Tu Hi Saagar Hai Tu Hi Kinara” in Sankalp (1975).
Miyan Tansen Award in 1975 for the song “Tu Hi Saagar Hai Tu Hi Kinara” in Sankalp.Nominated as Filmfare Best Female Playback Award for rendering the classical “Bandhi Re Kahe Preet” in Sankoch (1976)