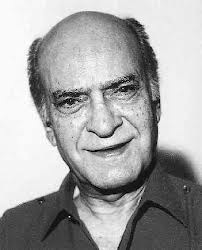 Avtar Kishan Hangal , popularly known as A. K. Hangal, is a character actor in Hindi language films. His most notable roles are as Ram Shastri in Aaina (1977) as the Inder Sen in Shaukeen, as Bipinlal Pandey in Namak Haraam, as Imaam Sa’ab in Sholay, as Anokhelal in Manzil and the negative character in Prem Bandhan and the 16 films he did with Rajesh Khanna. He has acted in around 225 Hindi films in a career spanning from 1966 to 2005.Hangal, aged 95, had a fall on August 13. On August 16 he was admitted to the Asha Parekh Hospital in Santa Cruz as he had suffered a back injury when he fell in his house and fractured his right femur. He had to undergo a surgery, but that could not take place as later it was found the actor has trouble breathing and a history of lung disease, kidney problems and tuberculosis.A sudden deterioration in his health was reported on August 25, 2012. AK Hangal breathed his last on 26th August 2012 at the age of 95.Born into a Kashmiri Pandit family, he spent his childhood in Peshawar, where he had performed in theatre for some major roles. His father’s name was Pandit Hari Kishan Hangal. However, his primary occupation for the early part of his life was that of a tailor. He was an active participant in the Indian freedom struggle. Following his father’s retirement, the family moved from Peshawar to Karachi. He moved to Bombay after the Partition of India in 1949 after 3 years in prison in Pakistan. He was involved with the theatre group IPTA along with Balraj Sahni and Kaifi Azmi, both of whom had Marxist leanings.He started his Hindi film career at the very late age of 50 with Basu Bhattacharya’s Teesri Kasam in 1966 and Shagird, and went on to play as the man of principles playing the on-screen father or uncle of the leading men/women in the films in the 70’s 80’s 90’s or sometimes the quintessential meek and oppressed old man. His pivotal roles in the films like Namak Haraam, Shaukeen (1981), Sholay, Aaina (1977), Avtaar, Arjun, Aandhi, Tapasya, Kora Kagaz, Bawarchi, Chhupa Rustam, Chitchor, Balika Badhu, Guddi, Naram Garam are considered to be among his best. He, as a character actor, always was part of the most of the films with Rajesh Khanna as the lead hero like Aap Ki Kasam, Amar Deep, Naukri, Prem Bandhan, Thodisi Bewafaii, Phir Wohi Raat, Kudrat, Aaj Ka M.L.A. Ram Avtar, Bewafai till Sautela Bhai in 1996. His best performances in his later years was in Shararat (2002) his character roles in Tere Mere Sapne (1997) and Lagaan. In movies he has played a very large number of character roles, mostly positive. He has acted in 225 films so far.On 8 February 2011, Hangal ‘walked’ the ramp in a wheelchair for fashion designer Riyaz Ganji for his summer line in Mumbai.The Government of India awarded him the prestigious Padma Bhushan for his contribution to Hindi Cinema in 2006.
Hangal, who has more than 200 films to his credit in a career that spanned nearly five decades, due to his old age post 2007 found it difficult to meet his medical expenses. His son Vijay, a retired cameraman and former Bollywood photographer, himself is 75 and has not had a full-time job since 2001.With just a gap of 20 years between Vijay and Hangal it was difficult for them to manage their day to day expenses. Earlier, Vijay would take up small jobs but now, he can’t do that either because of a back problem. Post 2007 A.K.Hangal has been suffering from a disease and has run into financial troubles in garnering money for treatment (he and his son have to spend 15000 rupees a month on medicines). So income stopped coming into the house from all quarters. When this plight of the veteran 95-year-actor was highlighted by the media and newspapers on 20 January 2011, many filmstars and directors promised to help the 95-year-actor financially. Maharashtra chief minister Prithviraj Chavan pledged to give him Rs 50,000.
Jaya Bachchan, who worked with Hangal in 9 films including Guddi, Anamika, Bawarchi, Abhimaan, Kora Kagaz, Doosri Sita, Jawani Diwani, Parichay and Sholay, on getting to know about his condition, said: “Please tell Hangal saab that his daughter was not aware of his condition and I am really sorry about it.The actor had last shot for Amol Palekar’s film, Paheli in 2005. In fact, he had not gone out of his house for the last eight months. “We were surprised to see him get out of home. He would have done it only for acting,” said his son Vijay and added, “My father had remained at home for the past few months. The show producer Saurabh Tiwari and senior executives from the channel came to our place to offer him the role. Several filmmakers had approached him in the last few years. But father did not take those up due to health issues.”A K Hangal returned to face the studio lights after seven long years. Having reached the sets of a TV Series Madhubala – Ek Ishq Ek Junoon on a wheelchair, the 95-year-old actor wasn’t sure he would be able to handle it physically. But once the cameras started rolling, there was no stopping the actor within.He has a son, and after the death of his wife, he lives alone in his flat in Santa Cruz, Mumbai. His son Vijay Hangal is a retired Bollywood photographer and cameraman who lives in flat adjacent to Hangal. Vijay’s wife died in May 1994 and does not have any children.
Veteran actor AK Hangal, who was admitted to the Asha Parekh hospital in Santa cruz after he fractured his thigh bone,He was on life support system. One of his lungs was not functioning. He died on 26th August 2012 at the age of 95.2008 Humsey Hai Jahaan 1967 Shagird