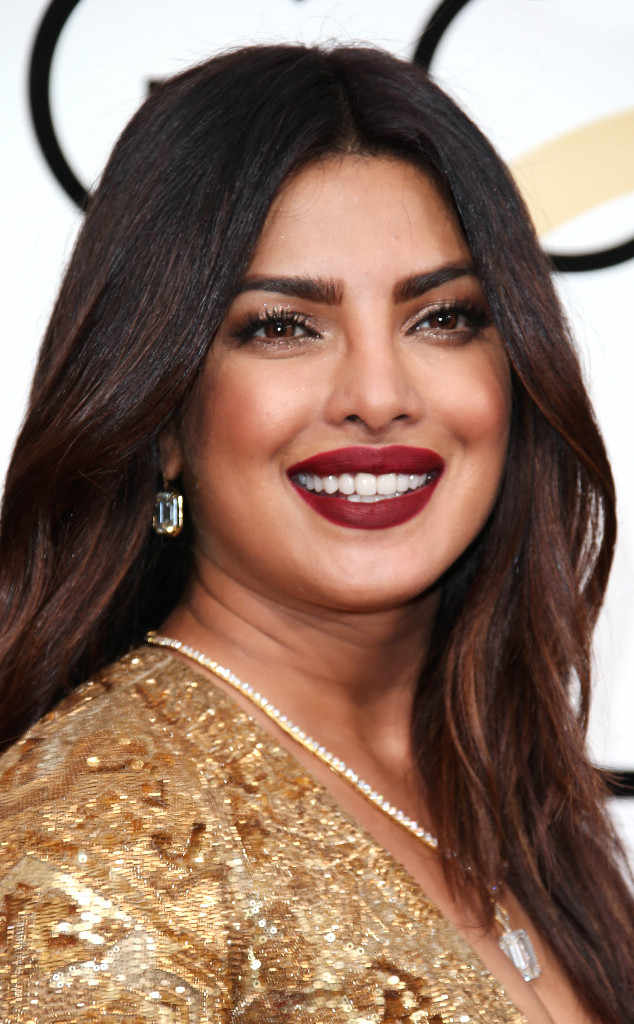 Priyanka Chopra  is an actress, singer, film producer, philanthropist, and the winner of the Miss World 2000 pageant. One of India’s highest-paid and most popular celebrities, Chopra has received numerous awards, including a National Film Award and Filmfare Awards in five categories. In 2016, the Government of India honoured her with the Padma Shri, the fourth highest civilian award. In 2016.

Although Chopra initially aspired to study aeronautical engineering, she accepted offers to join the Indian film industry, which came as a result of her pageant wins, making her Bollywood debut in The Hero: Love Story of a Spy (2003). She played the leading lady in the box-office hits Andaaz (2003) and Mujhse Shaadi Karogi (2004) and received critical acclaim for her breakout role in the 2004 thriller Aitraaz. In 2006, Chopra established herself as a leading actress of Indian cinema with starring roles in the top-grossing productions Krrish and Don. Following a brief setback, she was praised for playing a troubled model in the drama Fashion (2008), which won her the National Film Award for Best Actress. Chopra subsequently gained wider recognition for portraying a range of characters in the films Kaminey (2009), 7 Khoon Maaf (2011), Barfi! (2012), Mary Kom (2014), and Bajirao Mastani (2015), and featured in the commercially successful sequels Don 2 (2011) and Krrish 3 (2013).

In addition to her acting career, Chopra is noted for her philanthropic work. She has worked with UNICEF since 2006 and was appointed as the national and global UNICEF Goodwill Ambassador for Child Rights in 2010 and 2016, respectively. She promotes various causes such as environment, health and education, and women’s rights and is particularly vocal about gender equality and feminism. Despite maintaining privacy, Chopra’s off-screen life is the subject of substantial media coverage. As a recording artist, she has released three singles. She is also the founder of the production company Purple Pebble Pictures, which released the acclaimed Marathi comedy-drama Ventilator (2016).

Priyanka Chopra was born on 18 July 1982 in Jamshedpur, Bihar (now in Jharkhand), to Ashok and Madhu Chopra, both physicians in the Indian Army. Her father was a Punjabi from Ambala. Her mother, from Jharkhand, is the eldest daughter of Ms. Madhu Jyotsna Akhouri, a former member of Bihar Legislative Assembly, and Dr. Manohar Kishan Akhouri, a former Congress veteran. Chopra has a brother, Siddharth, who is seven years her junior and actresses Parineeti Chopra, Meera Chopra and Mannara Chopra are her cousins. Due to her parents’ occupations the family relocated to a number of places in India, including Delhi, Chandigarh, Ambala, Ladakh, Lucknow, Bareilly, and Pune. Among the schools she attended were La Martiniere Girls’ School in Lucknow] and St. Maria Goretti College in Bareilly. In an interview published in Daily News and Analysis, Chopra said that she did not mind travelling regularly and changing schools; she welcomed it as a new experience and a way to discover India’s multicultural society. Among the many places that she lived, Chopra has fond memories as a child of playing in the valleys of Leh, in the cold northwestern Indian desert region of Jammu and Kashmir. She has said, “I think I was in Class 4 when I was in Leh. My brother was just born. My dad was in the army and was posted there. I stayed in Leh for a year and my memories of that place are tremendous … We were all army kids there. We weren’t living in houses, we were in bunkers in the valley and there was a stupa right on top of a hill which used to overlook our valley. We used to race up to the top of the stupa”. She now considers Bareilly her home town, and maintains strong connections there.

She starred as a femme fatale in her first film of 2011, Vishal Bhardwaj’s black comedy 7 Khoon Maaf. Based on the short story “Susanna’s Seven Husbands” by Ruskin Bond, 7 Khoon Maaf centres on Susanna Anna-Marie Johannes, an Anglo-Indian woman (played by Chopra) who murders her seven husbands in an unending quest for love. The film and her performance received acclaim from critics. Nikhat Kazmi remarked, “7 Khoon Maaf would undoubtedly end up as a milestone in Priyanka Chopra’s career graph. The actor displays exquisite command over a complex character that is definitely a first in Indian cinema.” Aniruddha Guha of Daily News and Analysis wrote: “Priyanka Chopra takes on a character that most of her contemporaries would shy away from and enacts it in a way that only she possibly can. For a woman with as many shades as Susanna, Chopra gets a crack at a role of a lifetime and she sparkles like never before.” Chopra’s performance earned her the Filmfare Critics Award for Best Actress and a nomination for the Filmfare Award, IIFA Award, Producers Guild Film Award, and Screen Award for Best Actress.