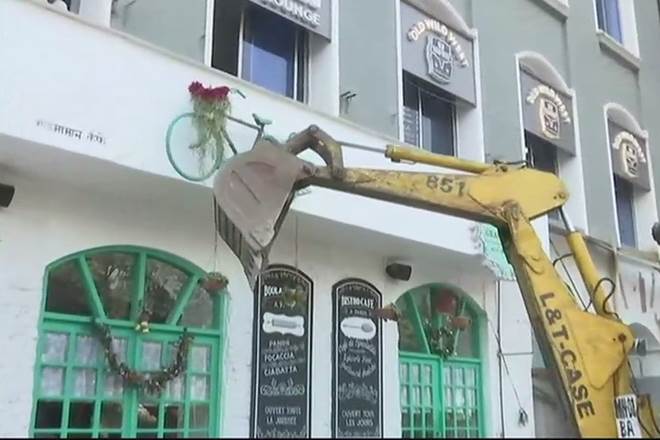 Mumbai. Agency. 14 people lost their lives and 55 were injured in a major fire that broke out at a building in Kamala Mills Compound in Mumbai’s Lower Parel locality.

It took more than three hours to extinguish the fire that leapt up in central Mumbai’s nightlife hub. Most of the casualties were reported from the vicinity of the restaurants that had opened in the 37-acre premises over the last few years. The blaze was brought under control at 6.30 am on Friday. The fire broke out on the fourth floor of the building on Senapati Bapat Marg, a commercial hub of the city.

On Saturday morning the BMC has mortgaged illegal construction of many restaurants and pubs. BMC’s bulldozers have run on the illegal part of four hotels of Kamla Mill and Raghuvanshi mill compound. In the last 12 hours, BMC took action while destroying illegal construction of 4 hotels through bulldozers. In addition to investigation all the restaurants of Mumbai, the BMC has set up 25 teams, which would investigate arrangements like exit arrangements, stairs, food licenses, hookah service and liquor after the fire.