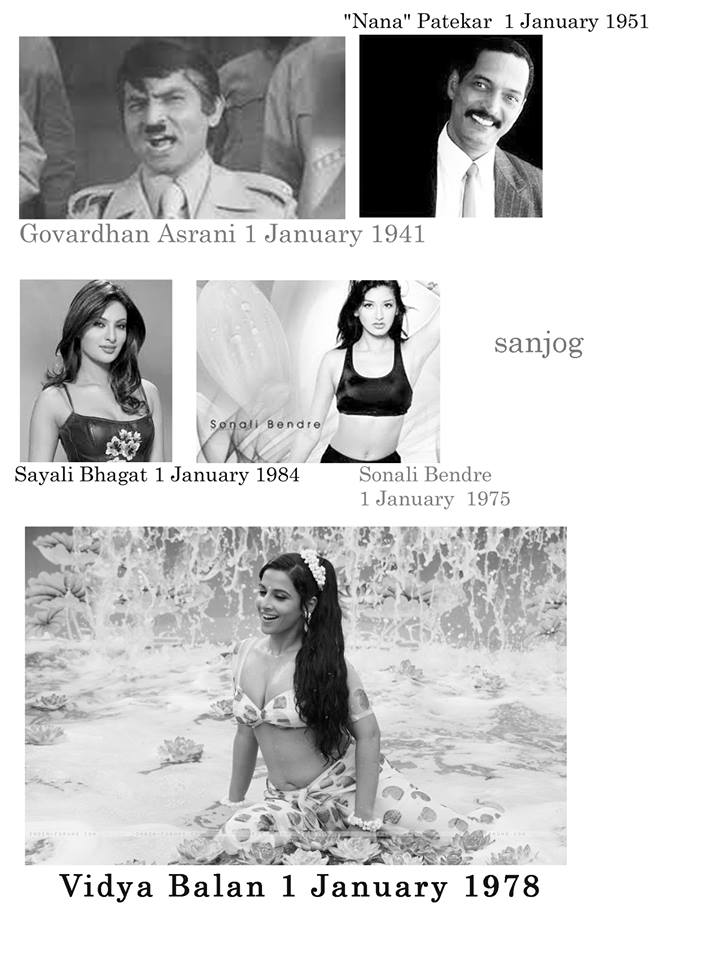 Govardhan Asrani January 1, 1941 in Jaipur,ย Asrani was born in a middle class Sindhi family. His father migrated to Jaipur after the Partition of India and opened a shop selling carpets. He has four sisters and three brothers: two elder and one younger. Asrani was highly uninterested in business and very weak in mathematics. He completed his matriculation from St. Xaviers School and did his graduation from Rajasthan College, Jaipur. He simultaneously worked as a voice artist on All India Radio, Jaipur, to pay for his education. His ultimate aim was to become an actor.
Vishwanath Patekar (born on January 1, 1951 in Murud-Janjira, (NowMaharashtra) is an actor, writer and filmmaker. He is known for his work onย Ab Tak Chhappanย (2004),ย Raajneetiย (2010) andย Parindaย (1989). He made his acting debut in the early 70’s and since then has been nominated for multiple awards. He won a National Film Award and a Filmfare award for his supporting role inย Parindaย (1989). He then won the Best Villain award for his role onย Angaarย (1992). He is a very controversial actor, know for his different acting style, dialogues and dialogue delivery. He is sometimes regarded as theย Morgan Freemanย of Bollywood. In 1995, he won the National Film Award as well as the Filmfare and the Screen awards for Best Actor for his role inย Krantiveerย (1994). He is also the only actor ever to win Filmfare Awards in the Best Actor, Best Supporting Actor and Best Villain categories. He was bestowed the highest privilege in acting in 2013 when he was awarded the Padma Shri award for his dedication in the field of Films and Arts.

Sonali Bendre was born on January 1, January 1, 1975 in Bombay.started out as a model before being selected for the “Stardust Talent Search”. She was invited to Bombay and received training from a variety of top actors and performers of the Indian film industry. Sonali has three sisters and was in her own words a quiet child who loved to read, while she was growing up. Since her debut in 1994, Sonali has appeared in several films and has starred opposite top stars such as Sunjay Dutt, Salman Khan, Aamir Khan and Shah Rukh. Sonali was also awarded the price of “Newcomer of the year” in 1995. She married Goldie Behl in 2002, and during 2005 became a mother.

Vidya P. Balan January 1, 1979 inย ย was born in Palghat, Kerala. Her family consists of her dad, P.R. Balan, who is the Vice-President of ETC Channel; mom – a home-maker, and an elder sister, Priya, who is married to Kedar. She also has an aunt by the name of Raji Raju.

Facing disappointment after being rejected by a Tamil producer, she nevertheless persisted until she got her first break with a Malyalam movie ‘Chakram’ opposite Mohanlal, however, the project was shelved, and she had to wait until 1998 to debut in a Surf Excel commercial. She then went on to appear in several commercials directed by Pradeep Sarkar. She completed nearly 90 such ads.