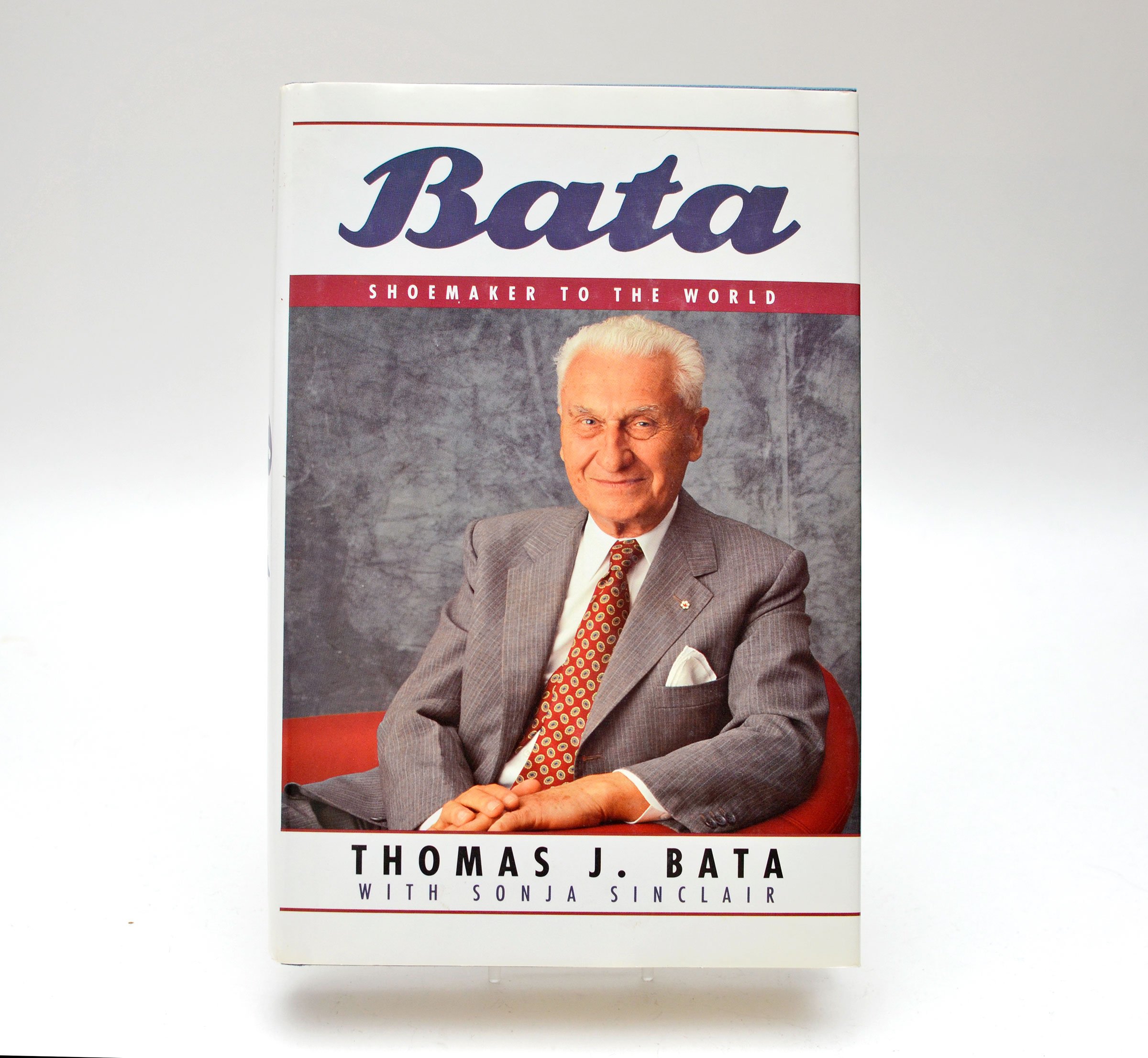 Tomáš Jan Baťa, CC   also known as Tomas Bata Jr. and Tomáš Baťa ml. and “Shoemaker to the World”, ran the Bata Shoe Company from the 1940s until the 1980s.

Baťa was born (17 th September , 1914)  in the Czech city of Prague, in what is now the Czech Republic, the son of Czech industrialist Tomáš Baťa. As a boy he apprenticed under his father, Tomáš Sr., who began the T. & A. Bata Shoe company in 1894 in Zlín, Czechoslovakia. His father, however, was killed in a plane crash when Tomáš was only 17, in 1932. Baťa’s original surname is Batia. One of the least known reasons for his success was his vision to introduce new technologies to his company, taking the production to massive levels worldwide. Another factor was World War I, which ended the market that the company had under the Austro-Hungarian Empire. So between the 1920s and 1940s Bata installed factories in Asia, South America and Africa (which he foresaw as virgin market), thus becoming the largest shoemaker in the world. In the 1960s and 1970s the Bata white canvas (sneaker/running shoe) was iconic in the third world, representing between 60% and 80% of the shoe production in the countries where it operated. In Asia and South America the company focused on everyday affordable shoe production, leaving for Europe the high-quality, high-price shoes.

Tomáš Baťa was the equivalent of Ford in breakthrough technology for his time. The company’s warehouse in the then Czechoslovakia was the first automated installation in Europe (designed by Peter Behrens – Architect) and in his company headquarters in Zlín, the central shaft of the building was an elevator with its personal office that could move from one floor to another. Like Ford, he established a repetitive mechanical system of production, which he called “work factor”. But unlike Ford, Tomáš Baťa had a social concern for his employees, paying fair wages and contributing to their welfare with social programs and sports facilities sponsored and financially supported by the company.

Baťa attended school in Czechoslovakia, England and Switzerland. Anticipating the Second World War, he, together with over 100 families from Czechoslovakia, moved to Canada in 1939 to develop the Bata Shoe Company of Canada, including a shoe factory and engineering plant, centred in a town that still bears his name, Batawa, Ontario. Another legacy is Batanagar in Kolkata (Calcutta) India, which originally housed the shoe factory and the clerical employees, and today is a booming condominium development maintaining the name.

Baťa successfully established and ran the new Canadian operations and during the war years, he sought to maintain the necessary coordination with as many of the overseas Bata operations as was possible. During this period the Canadian engineering plant manufactured strategic components for the Allies and Baťa worked together with the government in exile of President Beneš and other democratic powers. With the end of the war the Bata company in Czechoslovak territory was nationalized and the communists began to take control and to eliminate anything even remotely reminding people of Baťa’s system.

Baťa died on September 1, 2008 at Sunnybrook Health Sciences Centre in Toronto. A cause of death was not announced. He was survived by his wife Sonja (née Wettstein) whom he had married in 1946, their son and three daughters.

Baťa worked with numerous charitable organizations. He was chairman of the Bata Shoe Foundation. His dedication to Junior Achievement International, Trent University and York University in Canada and the Tomáš Baťa University in the Czech Republic reflected his interest in the education of young people.

Baťa participated in several leading business organizations. In Canada, he was a former director of Canadian Pacific Airlines and IBM Canada. He was a founding member of the Young Presidents Organization, chairman of the Commission on Multinational Enterprises of the International Chamber of Commerce, chairman of the Business and Industry Advisory Committee to the OECD and founding member of the Canada India Business Council.Tomáš Jan Baťa, Died on 1 September 2008   Toronto, Ontario, Canada.