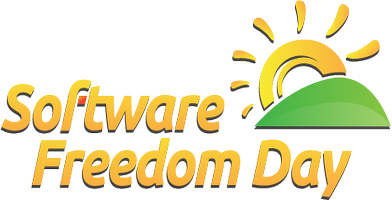 Posted By: Sansar Swapnilon: September 17, 2020In: On This DayNo Comments
Print Email

Software Freedom Day (SFD) is an annual worldwide celebration of Free Software organized by Digital Freedom Foundation. SFD is a public education effort with the aim of increasing awareness of Free Software and its virtues, and encouraging its use.

SFD was established in 2004 and was first observed on 28 August of that year. About 12 teams participated in the first Software Freedom Day. Since that time it has grown in popularity and while organisers anticipated more than 1,000 teams in 2010 the event has stalled at around 400+ locations over the past two years, representing a 30% decrease over 2009.

Since 2006 Software Freedom Day has been held on the third Saturday of September, it has occasionally coincided with International Talk Like a Pirate Day.

Students lined up to register at the Software Freedom Day 2011 event in the University of Santo Tomas, Manila, Philippines

Each event is left to local teams around the world to organize. Pre-registered teams (2 months before the date or earlier) receive free schwag sent by SFI to help with the events themselves. The SFD wiki contains individual team pages describing their plans as well as helpful information to get them up to speed. Events themselves varies between conferences explaining the virtues of Free and Open Source Software, to workshops, demonstrations, games, planting tree ceremonies, discussions and InstallFests.

The primary sponsor from the start was Canonical Ltd., the company behind Ubuntu, a Linux distribution. Then IBM, Sun Microsystems, DKUUG, Google, Red Hat, Linode, Nokia and now MakerBot Industries have joined the supporting organisations as well as the FSF and the FSFE. IBM and Sun Microsystems are currently not sponsoring the event. In terms of media coverage SFI is partnering with Linux Magazine, Linux Journal and Ubuntu User. Each local team can seek sponsors independently, especially local FOSS supporting organisations and often appears in local medias such as newspapers and TV.Agency.