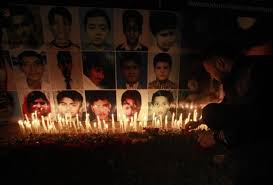 Posted By: Sansar Swapnilon: December 16, 2020In: On This DayNo Comments
Print Email

On 16 December 2014, six gunmen affiliated with the Tehrik-i-Taliban Pakistan  conducted a terrorist attack on the Army Public School in the northwestern Pakistani city of Peshawar. The militants, all of whom were foreign nationals, comprising one Chechen, three Arabs and two Afghans, entered the school and opened fire on school staff and children, killing 149 people including 132 schoolchildren ranging between eight and eighteen years of age, making it the world’s fourth deadliest school massacre. In retaliation, Pakistan launched a rescue operation undertaken by the Pakistan Army’s Special Services Group  special forces, who killed all six terrorists and rescued 960 people. In the longterm Pakistan established the National Action Plan to crack down on terrorism.

According to various news agencies and commentators, the nature and preparation of the attack was very similar to that of the Beslan school hostage crisis that occurred in the North Ossetia–Alania region of the Russian Federation in 2004.

Pakistan responded to the attacks by lifting its moratorium on the death penalty, intensifying the War in North-West Pakistan and authorizing military courts to try civilians through a constitutional amendment. On 2 December 2015, Pakistan hanged four militants involved in the Peshawar massacre. The mastermind of the attack, Omar Khorasani, was killed in Afghanistan on 7 August 2022 by a roadside mine. The Supreme Court of Pakistan upheld the death sentences of two more convicts involved in the attack in the Said Zaman Khan v. Federation of Pakistan case on 29 August 2016.

In June 2014, a joint military offensive was conducted by the Pakistan Armed Forces against various groups in North Waziristan which has been the site of a wave of violence. The military offensive, Operation Zarb-e-Azb, was launched in the wake of the 8 June attack on Jinnah International Airport in Karachi, for which the TTP claimed responsibility. It is part of the ongoing war in North-West Pakistan in which more than 2,100 have been killed so far,[22] and, according to the Army, almost 90% of North Waziristan has been cleared.

An estimated total of 1,099 people and teaching staff were present on the school premises. Responding forces were successful in rescuing approximately 960, though 121 were injured. 149 people were killed, including 133 children and school staff members.

The provincial Government of Khyber Pakhtunkhwa announced PKR 2,000,000 (US$11,300 approx.) as compensation to the kin of each of the deceased in the terror attack and PKR 200,000 (US$1,130 approx.) to the seriously injured.Agency