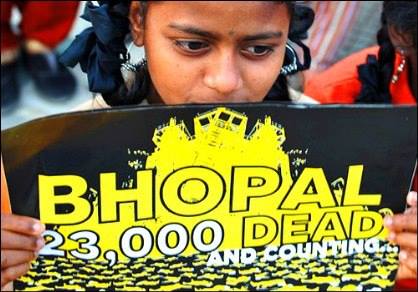 Posted By: Sansar Swapnilon: December 02, 2021In: On This DayNo Comments
Print Email

The Bhopal disaster,  was a gas leak incident in India, considered the world’s worst industrial disaster.It occurred on the night of 2–3 December 1984 at the Union Carbide India Limited (UCIL) pesticide plant in Bhopal, MadAhya Pradesh. Over 500,000 people were exposed to methyl isocyanate (MIC) gas and other chemicals. The highly toxic substance made its way into and around the shanty towns located near the plant.

Civil and criminal cases were filed in the District Court of Bhopal, India, involving UCC and Warren Anderson, UCC CEO at the time of the disaster. In June 2010, seven former employees, including the former UCIL chairman, were convicted in Bhopal of causing death by negligence and sentenced to two years imprisonment and a fine of about $2,000 each, the maximum punishment allowed by Indian law. An eighth former employee was also convicted, but died before the judgement was passed.Anderson died on 29 September 2014.Agency