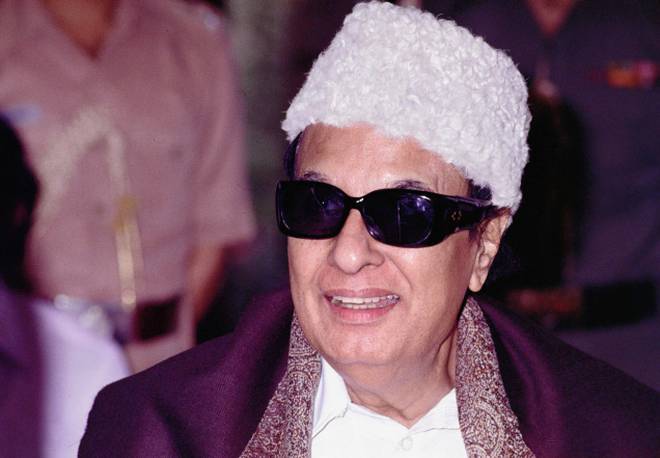 Marudhur Gopalan Ramachandran ( 17 January 1917 – 24 December 1987), popularly known by his initials MGR, was an film actor, director, producer, and politician who also served as the Chief Minister of Tamil Nadu successively for three terms.
In his youth, MGR and his elder brother, M. G. Chakrapani became members of a drama troupe to support their family. Influenced by Gandhian ideals, MGR joined the Indian National Congress. After a few years of acting in plays, he made his film debut in the 1936 film Sathi Leelavathi in a supporting role. In the late 1940s he graduated to leading roles and for the next three decades dominated the Tamil film industry. He became a member of the Dravida Munnetra Kazhagam (DMK) and rose rapidly through its ranks. He successfully used his popularity as a film hero to build a large political base. In 1972, he left the DMK to form his own party the Anna Dravida Munnetra Kazhagam (ADMK). In 1977 he became the chief minister of Tamil Nadu – the first film actor in India to become the chief minister of a state. He remained as chief minister till his death in 1987.Agency